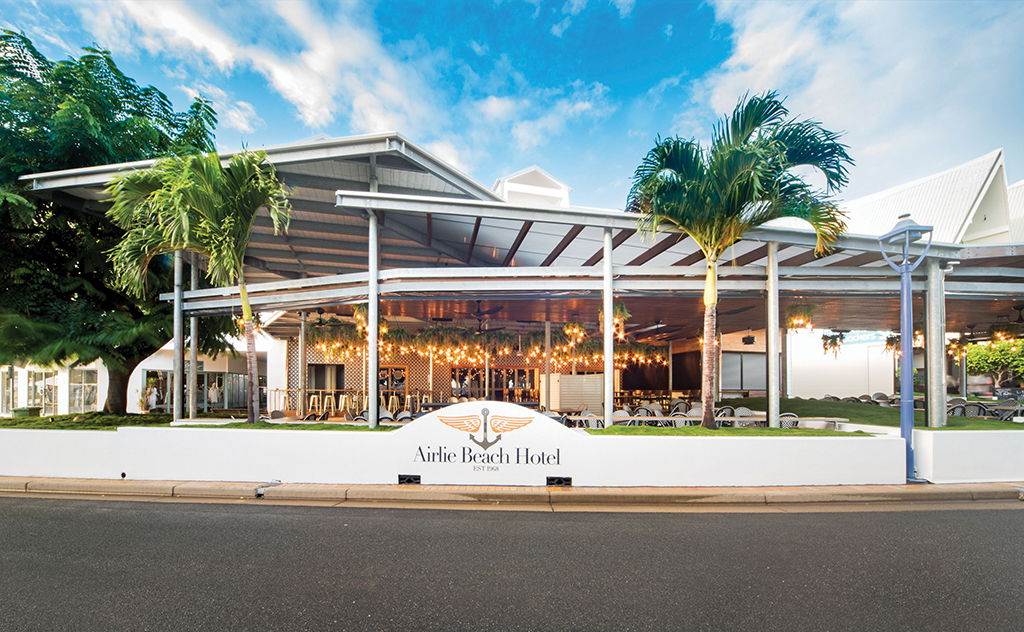 For anyone who has ever visited the beautiful north Queensland seaside town of Airlie Beach there’s a fair chance they will have a memory of the Airlie Beach Hotel.

The pub has been a dominant feature on the landscape since it was built in 1968 on a block fronting the main esplanade through town taking advantage of water views across the Coral Sea.

Over time the previous owners bought more land around the site, adding a second building in 1997 where Mangrove Jacks Café/Bar was opened. In 2000 a new hotel building was constructed with 60 rooms, a reception area, as well as Capers restaurant and a row of shops.

The latest round of changes to the venue started around September 2018 when ABH Hotel Pty Ltd took over the leasehold on the venue from the O’Neill family who had owned and operated the hotel for 38 years.

The final step in the takeover of the business occurred in August 2019 when ABH Hotel bought the freehold of the venue, in a deal with a total combined value of about $22 million.

Its distinctive logo - a white anchor and yellow angel wings - sits proudly across the road from the award winning $6.9 million foreshore redevelopment project undertaken by Paynters as part of the region’s cyclone recovery program.

The most recent additions to the Airlie Beach Hotel’s offerings include The Pub – a section offering a bar and bistro, al fresco dining, live entertainment, a TAB & Sports Bar and a Gaming Lounge with 35 of the very latest machines that opened in April 2019 – and a giant bottle shop and full tobacconist they’ve called Liquor Tobacco Merchants offering an enormous variety of drinks and even a humidor for cigars.

The Pub is open seven days a week to 5am and has become a central hub for live entertainment in town and a big part of the hotel’s strategy to have bands on at least four days every week. The Pub’s build was managed by Gold Coast-based contractors Open Projects. 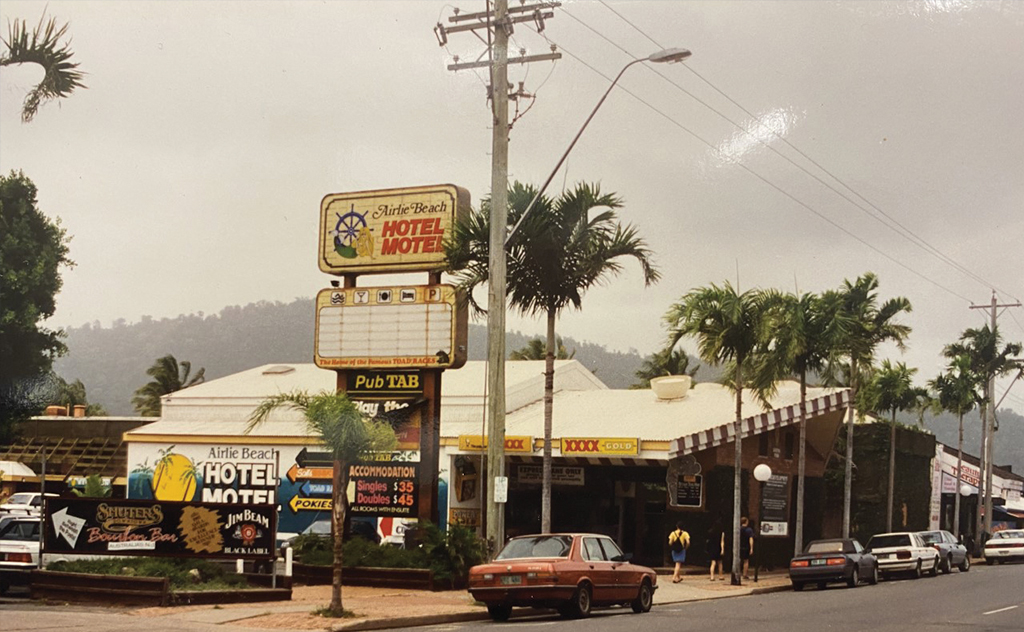 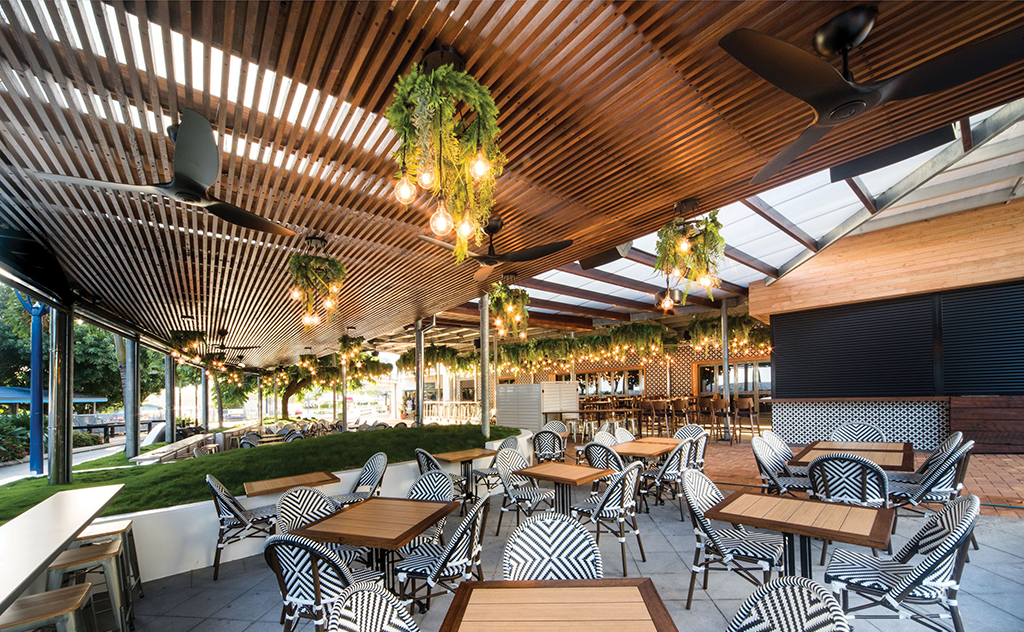 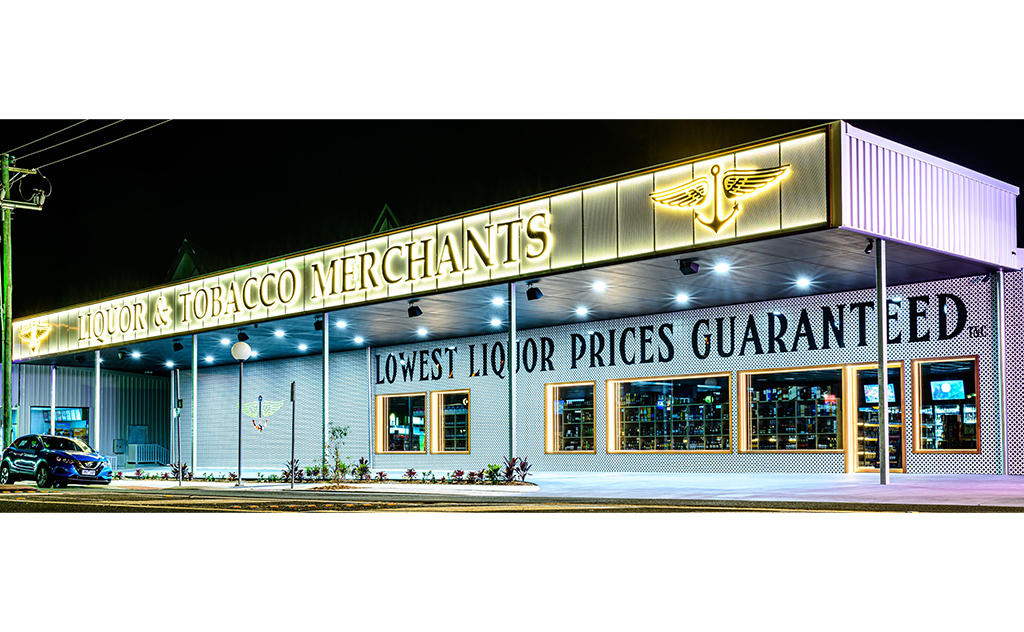 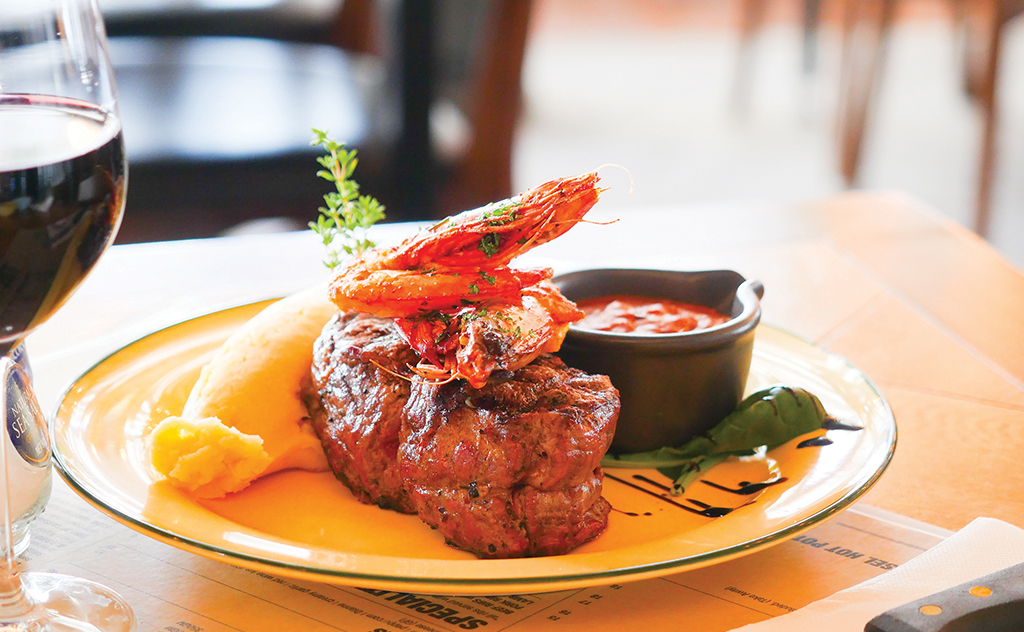 Publican Mick McFie said when planning the bottleshop they had looked at other big players in the industry to understand what they were not doing well and then worked hard to try and fill those gaps and offer a premium product to the local market.

The result is a drive-through large enough for trucks and people towing boats and caravans to easily access and a vast retail space that stocks more 200 different spirits, 80 varieties of sparkling wine, 300 red wines, 300 white wines, more than 70 styles of craft beer and a wide range of tobacco products.

When it comes to the vision behind the projects Mick said everything has been targeted at ensuring the venue meets the expectations of patrons in terms of being able to quickly and easily buy a cold beer (served in glasses straight from the freezer), order food or enjoy the gaming lounge.

Business-wise, Mick said the hotel is now achieving up to 5000 covers a week, with Sunday sessions often attracting up to 900 guests.

On the building front, Mick said they are not finished yet. Another $5m has been set aside for the purchase of 10 more gaming machines, the construction of a 150-seat sports bar, further upgrades to the accommodation offering, and two more off-site bottle shops.

He said the group’s considerable investment in the region is a sign of its confidence in the region’s potential for growth as it continues to recover from the ravages of Tropical Cyclone Debbie which tore through the town in March 2017 damaging numerous buildings and destroying the fleet of boats moored at nearby Shute Harbour.

The Airlie Beach Hotel was among the victims of the cyclone, with flooding and water ingress leading to a $14m rebuild of all affected rooms. More recently the hotel, as with hotels across Queensland, was forced to close completely at the height of the COVID-19 restrictions with the only revenue coming from the retail shops on site.

Mick said since re-opening the hotel had missed its usual crowd of international visitors who previously accounted for about 12 per cent of the hotel’s business – however the closing of the Queensland border and the allowance of local travel had led to a boost in domestic travel which had helped to fill that gap.

He said Airlie Beach was one of the most desired travel destinations in Queensland and, as the gateway to the Whitsundays it was in a strong position to continue to grow in the years ahead.

As for how he would describe the hotel’s atmosphere Mick’s quick reply: “Airlie Beach Hotel is a place where there are no strangers – only friends you haven’t met yet”.

The Airlie Beach Hotel is at 16 The Esplanade, Airlie Beach. See www.airliebeachhotel.com.au