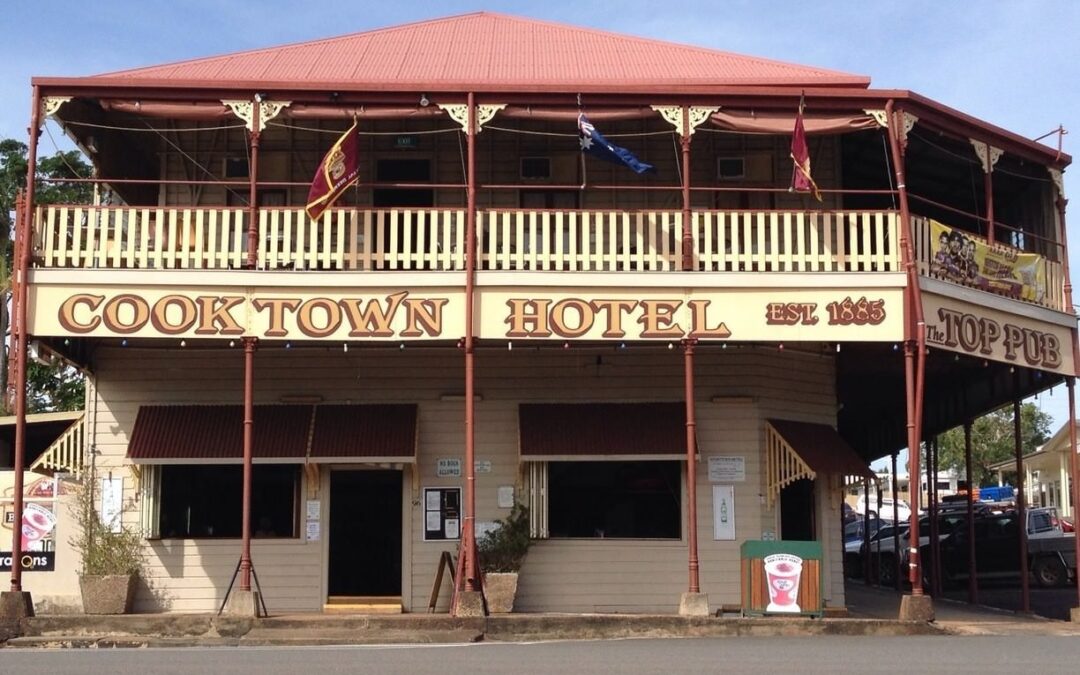 Known as one of Queensland’s hidden gems, Cooktown located on Cape York Peninsula in Far North Queensland offers a beautiful unspoilt coastal ambience and one of Australia’s most significant historical moments.  It is where Lt James Cook found safe haven in 1770 to repair his ship, the "HM Bark Endeavour", after it ran aground on the Great Barrier Reef.

It is also where Michael Wilson, owner of the Cooktown Top Pub, found himself drawn to, and came out of retirement to live.

“I was living in Cairns, I was retired at that stage, and I came up here for a mate's birthday and I thought it was a great town and a great pub, so I thought I'd ring the bloke up to see if he wanted to sell his pub,” Michael explained.

The answer was yes and four years later Michael is still the proud owner of the iconic Top Pub.

With 40 years of publican experience up his sleeve as well as being from the country, Michael knew just what he was getting himself into.

“I had management rights in Cairns and I was doing consultancy work there, but I was previously in Darwin, then I went to Adelaide, bought a couple of pubs there and that was in the bush, then I went across to Victoria and finally up to Cairns.

“I have always lived in the country, and Cooktown is a great little town, there's about 2,500 people in the town who are all spread out, but we have beautiful weather, lots of fishing and a great fishing community,” he explained.

“The main industry here is of course fishing. We have the trout fishermen and the cray fisherman, and then of course, we have tourism for five months of the year.”

Thanks to the town’s rich cultural and historical heritage, Cooktown attracts tourists during the winter months, traditionally between June and October.

“In the perfect world where we have a tourist season, it begins in June on the weekend which used to be the long weekend.  There is a Discovery weekend which celebrates Captain Cook, and that brings about 5,000 to the area, sometimes more. And that weekend marks the start of the tourist season so from June right through to September/October, that's when our tourist season is.”

The Discovery Festival held each year is a fully costumed re-enactment of the landing of Lt James Cook and his first meeting with the Guugu Yimithirr people.

Cook and his crew had spent seven weeks in Waymburr, now known as Cooktown, during which time they  experienced numerous interactions with the local Aboriginal people.  Most significantly, Cook’s journal notes the first recorded act of reconciliation between Europeans and Australia’s First Nations people. 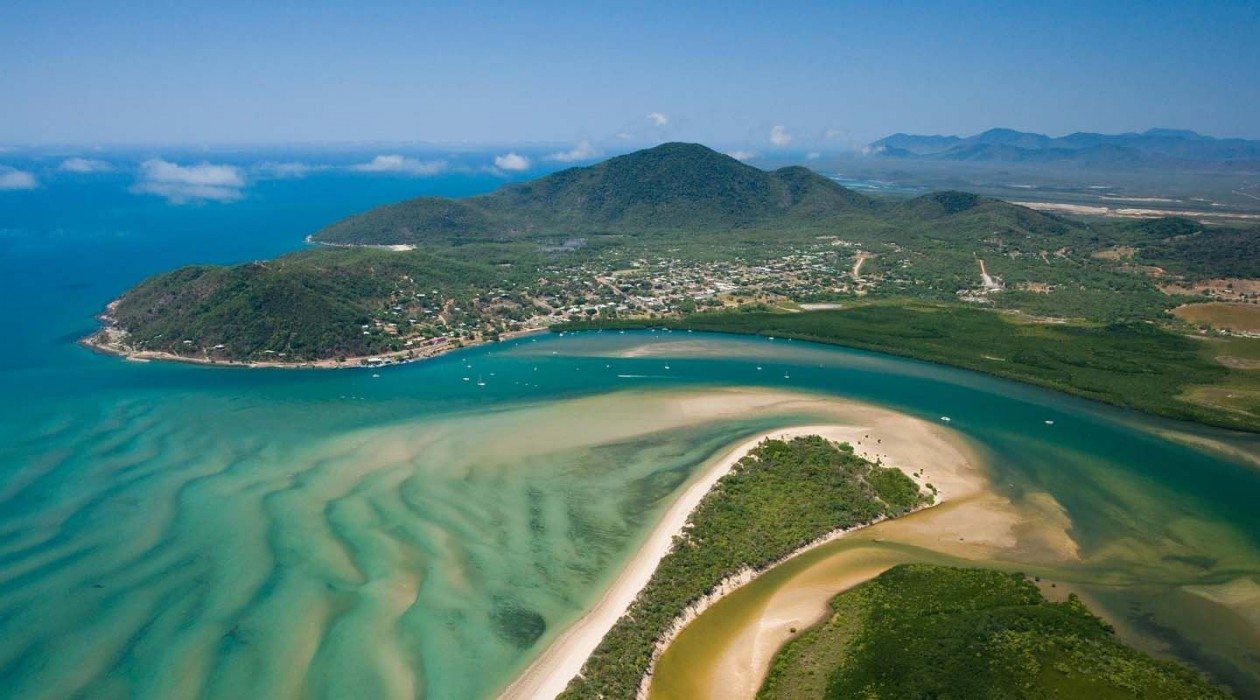 The Discovery Festival generates tourism for the region with celebrations experienced all weekend throughout the town, and 2020 in particular was to celebrate 250 years since Cook’s landing, however due to the pandemic, it will be postponed until next year.

The Top Pub offers accommodation to its visitors with eight rooms in total ranging from a family suite to queen and twin rooms.   The rooms open out to a wrap-around veranda which overlooks the river in the distance.

“We're set about a block back from the river, the trees skew the view, but one of the main attractions this time of year is the sunsets, they're quite spectacular.

“We also get the grey nomads who are pretty self-sufficient, as well as the young ones in their four-wheel drive who are passing through on their way to the Tip.  But the local scene is alive, because this is really the only pub in town,” Michael said.

“On Saturdays at midday, we kick off with the Lions Club raffles, the pub has a cash draw, Jag the Joker and lots of activity. We also cook up a barbecue every Saturday for the locals,” Michael added.

The Top Pub also holds an annual Hog Hunt, which is hugely popular in town that offers not only cash prizes but also an opportunity to aid the control of Cooktown’s feral pig population. Contestants pay a fee to enter the competition and receive a shirt and an opportunity to win cash and prizes.

“Last year the first prize was $5,000.  I just get a little bit back from entry fees, and I go hunting for major sponsors such as breweries, auto marts, or general businesses around the town who want their name on the shirt.  Last year we had eighty-six teams in total and 290-odd pigs caught.

“Teams have to bring their haul back for a weigh in, and there are prizes for the biggest boar, biggest sow, longest tail, biggest tusk etc,” Michael said. 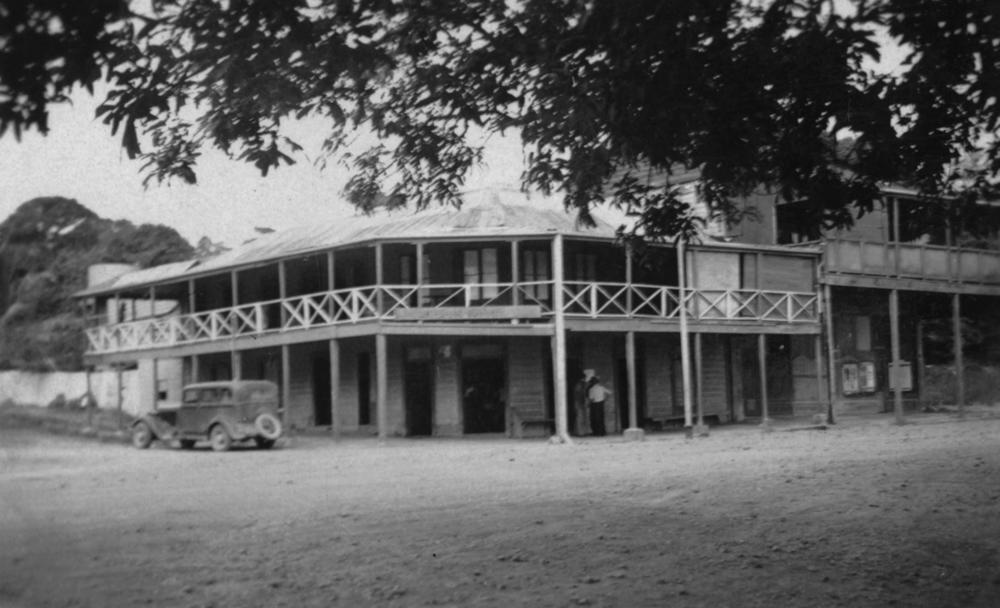 The Top Pub is one of Cooktown's iconic buildings showcasing a beautiful old weatherboard two-story hotel since 1885. Michael has undertaken some renovations to date but hopes to return the hotel to its former glory one day.

“There has been a major upgrade in the kitchen, some painting, an upgrade of the plant and equipment,” he said.

“We had plans for more but the downturn in trade this year has put a hold on that but we've got plans to bring it back to its former glory.”