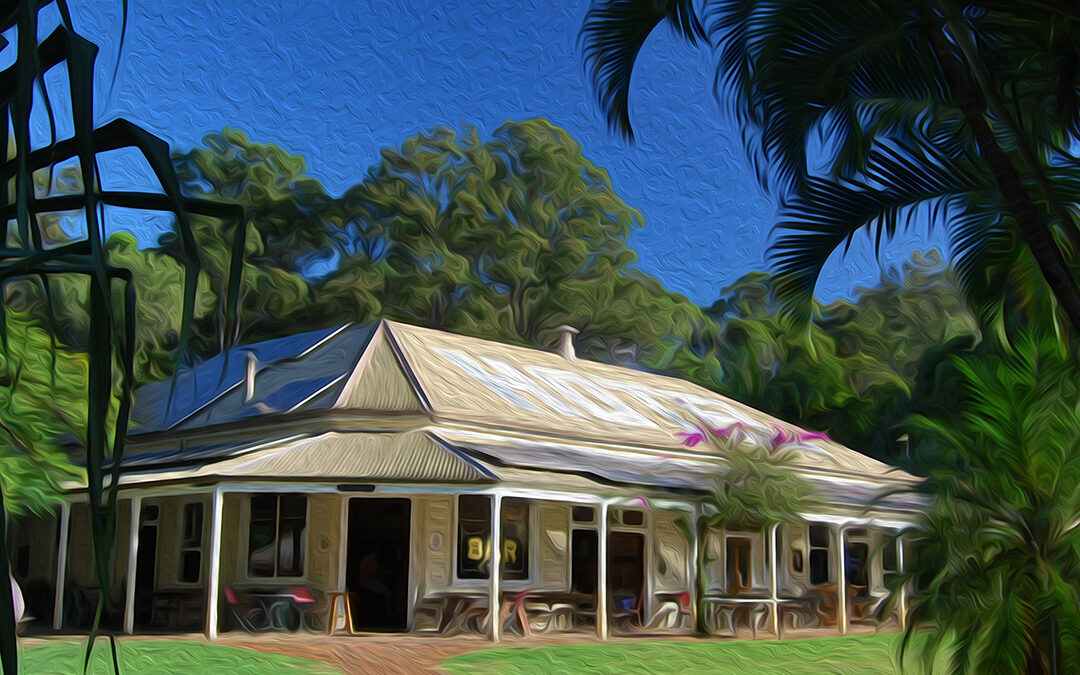 Like the Opera House to Sydney, Boreen Point’s Apollonian Hotel is an historic and iconic venue which attracts visitors from all over the world thanks to its famous Sunday spit roasts, sprawling lawns and good old fashioned hospitality.

Located about 20 minutes north of Noosa Heads, and set among a beautiful two and a half acres of treed grounds that includes large rolling lawns, previously used as a helipad to greet the likes of Michael Clarke, The Apollonian Hotel is a favourite among locals and tourists alike.

Dating back to the 19th century, this grand old building was first licenced in 1868 in Gympie during the Sunshine Coast’s gold rush era and was later transported to its current position in 1987.  The hotel enjoys open fireplaces, wide cool wrap-around porch dining as well as dining under the canopy of poinciana, pandanus and quandong trees.

Hotel owners Neil and Lou Paynter together with their son George have enjoyed running the hotel since 1987.

“Neil relocated the Hotel in 1987 and it has been in our possession ever since. Having leased the hotel on two occasions (with four past lessees) we are now back in force with the family, with our son George being born at the hotel whilst Neil and I held the reins in 1995,” Lou said.

“While The Hotel was first licenced 1868 in Gympie, the current building was built in 1870 as a music hall Hotel and it has never been altered,” Lou explained.

“The Hotel was relocated to Boreen Point in 1987 and was awarded No 2 Historic Inn licence in Queensland.  The hotel is one of the last remaining music hall hotels built of hoop pine and red cedar and has a fascinating history of entertainment from Cornish and Devon Wrestling to Opera.” 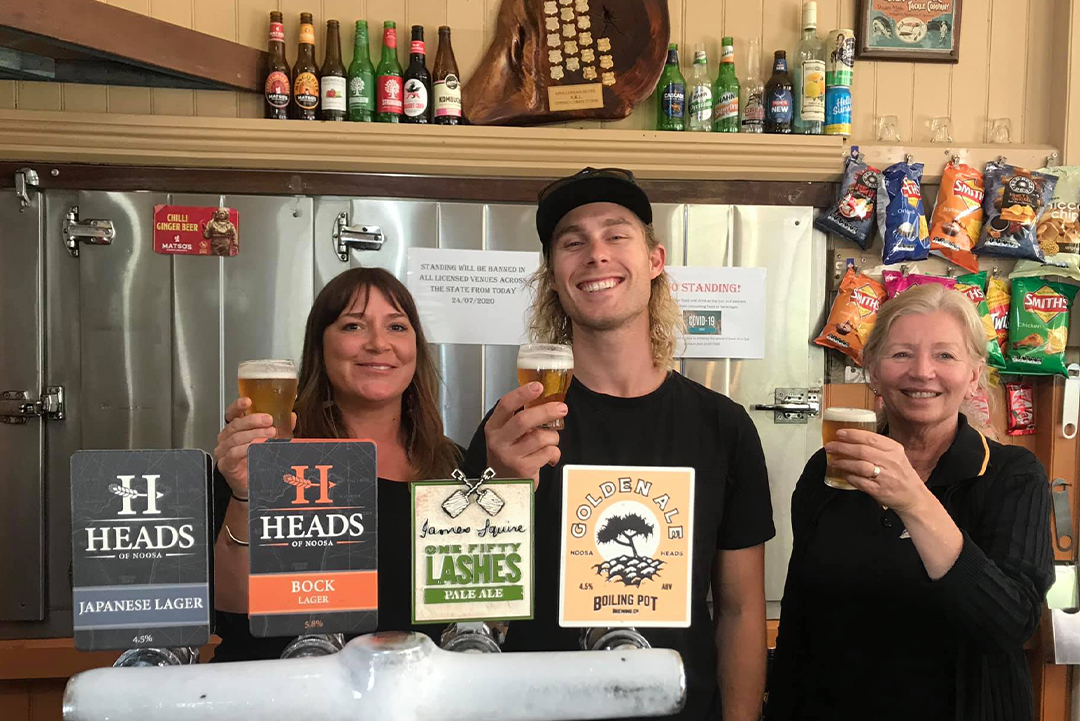 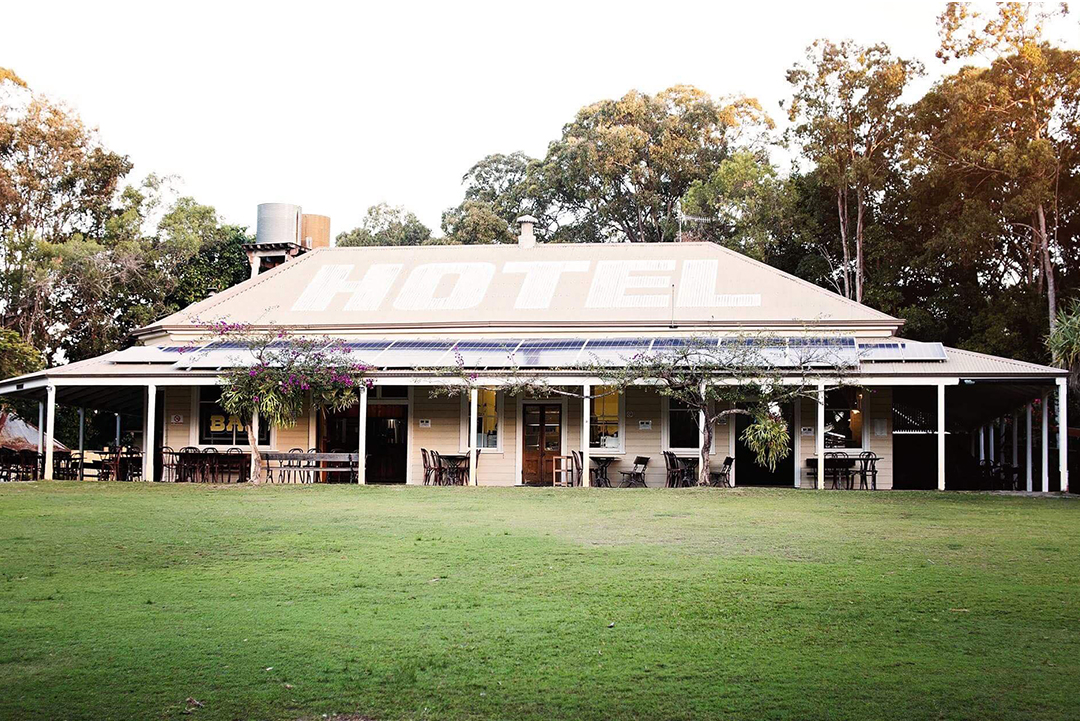 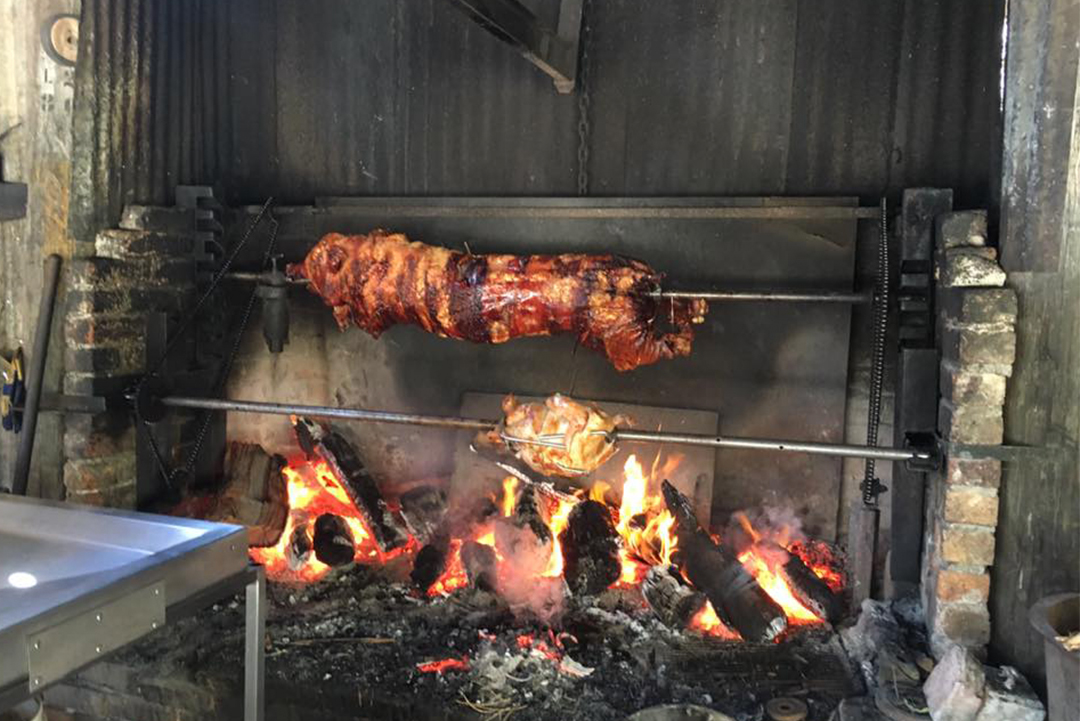 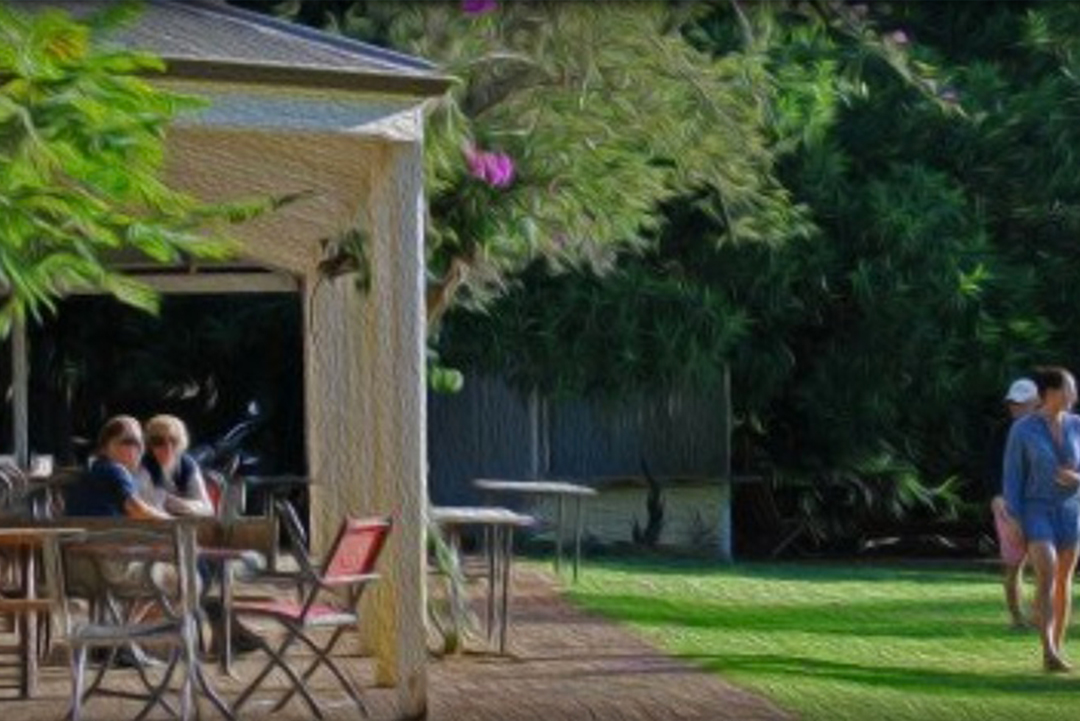 The hotel was named after the Greek God of Music and Theatre and continuing with its musical  heritage, the Apollonian traditionally offers live music on Sundays however the current pandemic restrictions have impeded the return of live music to the venue.

In addition to live music, the venue is known as a key destination for community gathering and people coming together.

“The Apollonian is a great meeting place and community gathering centre for the town of Boreen Point residents and the local area as well as being a destination for the Noosa locals to bring their visitors,” Lou explained.

“Boreen Point is on the shore of Lake Cootharaba which is part of the Noosa River system and a gateway to the Noosa Everglades and Rainforest. It is visited by numbers of tourists and locals enjoying its quiet naturistic charm.  The local Sailing Club (Lake Cootharaba Sailing Club) also hosts world-class sailing events on the lake every year which many a sailor travels to to enjoy. This brings a world of life into the town,” Lou added.

Best known for their Sunday Spit Roasts, The Apollonian has a huge crowd following thanks to its mouth-watering wood-fired spit roasted pork and beef, self-serve salad bar with all the trimmings and genuine gravy.

“We have had great repeat business from people from all over the world who love our old-style, old-worldly charm and space.  In the early 1990s we were the runners up in a Foodies Pie competition and we became famous for our Apollonian Hotel chunky meat pies - our most popular meal on the menu,” Lou said.

“We were making 500 or more pies a week when we were here six years ago, people would return again and again asking if we still had our famous meat pies.  Of course we have the pies back on our menu, and then our Sunday Spit Roast took off!

“We became a dining destination for Brisbane, Gympie and especially Noosa locals, and we would overflow to 400 plus people on a Sunday just for lunch!  We were in demand as a wedding venue with couples getting married on our grounds, followed by an open-air buffet of a woodfired whole pig-on-the-spit with homemade chutney and damper, hot buttered spuds and gravy.  So it is the real Aussie Outback experience without the fuss or distance,” Lou explained.

"The Sunday Spit Roast was initiated at the hotel in 1988 when we first opened and has been going ever since until COVID. We’re looking forward to bringing it back but in the meantime we have been able to get some tasty smoked on-site treats out there which everyone has been enjoying,” Lou said.

“So while the spit roast is not currently available we have a wonderful array of smoked meats ranging from Jumbo Chicken wings, Pulled Pork  and Brisket Burgers which we’ve been able to serve to our Sunday customers among other meals.”

The Apollonian is also well known for its home-made menu, where the hotel insists on producing all its own dishes.

“We love to be able to put the personal home-made touch to our treats such as Rosella Jam on our scones and home-made chutneys for our curries.”

The sprawling grassy knoll surrounding the hotel is a favourite among guests with children who can let them freely run around, kick a ball and enjoy the open space.  It is also popular among car, bike and dog clubs.

“We have had the odd helicopter visitor, one year we had three helicopters on the front lawn on Anzac day where we initiated Two Up in the middle of them.

“We also host an accommodation building which has 10 rooms and is a great spot to get away from the modern world, it is situated on the western side of the car park. This building was also relocated from a Maryborough train station and hosts a large front paddock set well back from the road, commonly known as the horse paddock and in fact I used to run three Clydesdale’s around the town carrying 20 passengers,” Lou offered.

The Paynter family has had its hands full since the pandemic forced closures in Queensland, however as business returns to a new normal, the hotel has enjoyed a few updates while it was closed.

“When Covid restrictions hit, our lessee at the time closed the doors and basically walked away,” Lou said.  “We bought out the remaining lease and took over renovations and operations in mid June.

“With great support from the local community, we hit the ground running but it has been very difficult and challenging to say the least. Opening with only two remaining staff, no tills, stock or platform, it was a little challenging.

“The family has done well to put in the ensuing hours and get the show on the road and we have great staff members now and are enjoying the rejuvenation of the business and establishing community spirit back into our town.”