It's Back to 1930s For the Barron Valley Hotel 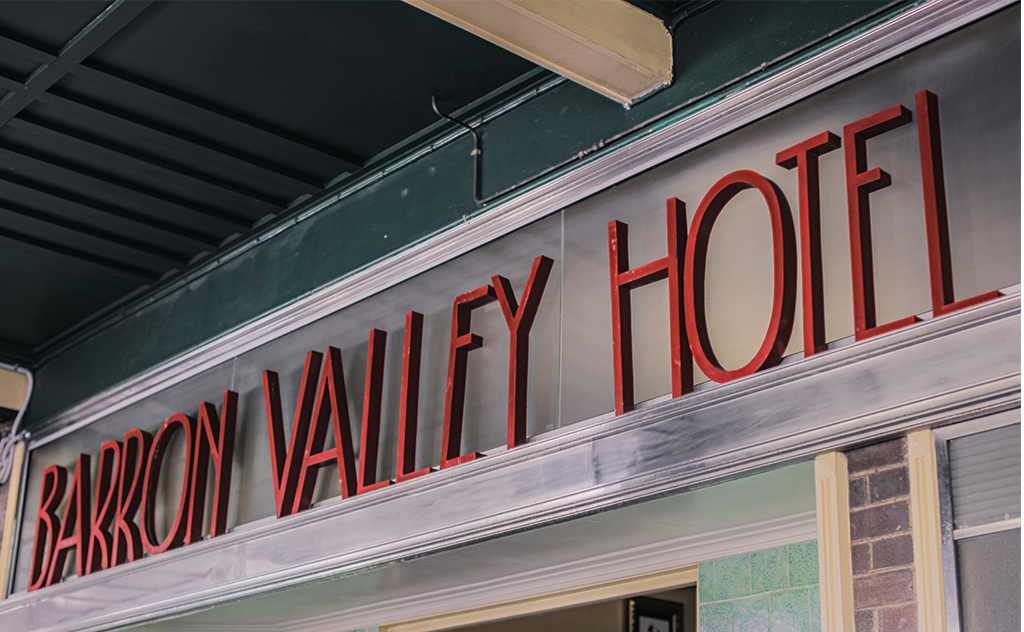 This Melbourne Cup Day, the Nasser family will celebrate 90 years of ownership of the Barron Valley Hotel in Atherton, and it seems a very fitting date given the colourful characters involved in its operation over the years.

From underground bookies to boxers, and a scuffle with an army general, this is one family whose history is as passionate as it is rich.

Horse racing and boxing runs deep in the blood of the Nasser family, and it’s a passion that dates back to the 19th century when Scondor Nasser, a Lebanese migrant, came to Australia with his family at just 6 years old. In Sydney he learnt the art of boxing and became quite famous. He was the sparring partner of the Galveston Giant also known as Jack Johnson, an American boxer who, at the height of the Jim Crow era, became the first African American world heavyweight boxing champion (1908–1915). Jack Johnson famously fought Canadian boxer, Tommy Burns in a fight in Sydney in 1908, which is one of the biggest fights in Australia’s history. 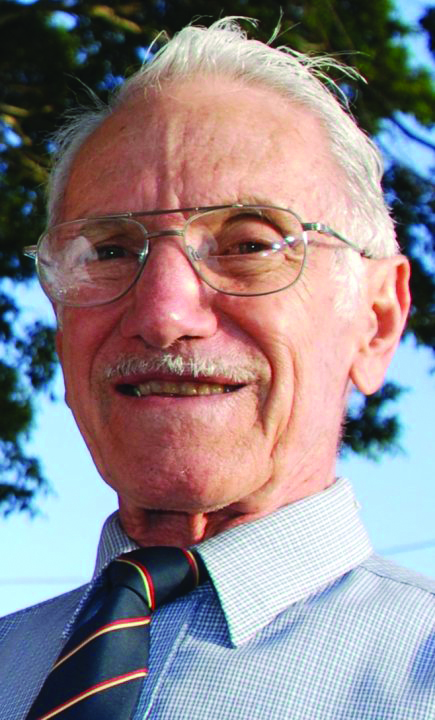 “Scondor was my great grandfather, and my grandfather, Harold Nasser, was also a boxer. We had a temporary bar a few doors down from the Barron Valley Hotel where he punched a high ranking officer,” - explained Will Nasser - current publican along with his partner, Amber, sister in law Deana and parents Michael and Maree Nasser. “My grandfather was sent to the front line in Papua New Guinea and had to stay back after the war was over to help disarm the Japanese.”

During World War II in 1942 Sir Thomas Blamey was the Commander-in-Chief of the Australian Military Forces, and was scouting the Atherton and Tablelands area for venues to use as a base for training and rehabilitating troops. The Tablelands were within easy reach of the battlefields of Papua New Guinea and its climate offered troops respite from the tropical heat of the coast while also providing access to a training area similar to that of the South East Asian environment. Many of Atherton’s buildings were used to house both Australian and American forces, and included in those buildings was the Barron Valley Hotel, which was requisitioned by the Australian Army as an officers club, mess hall and accommodation for two and a half years. It was also where Sir Thomas Blamey made his base.

“During that time the hotel was run by my grandparents and my great aunties who were quite the characters. They were really into horse racing and had illegal SP bookies set up in the hotel. When they were caught, the licence was taken from my grandfather and transferred into my great aunty Del’s name. They were always having fun in the hotel and worked very hard; a lot of horse racing, training, boxing and bookie keeping. My father then took over the hotel in the 90s,” Will added.

The family will be taking the right kind of bets this month when they celebrate the Melbourne Cup in conjunction with their 90th anniversary which is quite a rarity in the hospitality industry.

The business often requires long and arduous hours and Will recalls his parents working round the clock. “ I grew up around the pub because my parents were here for long hours. I used to sit at the bar with patrons and have my pink lemonades in schooner glasses like the big boys”. “Mum and Dad have been here nearly 30 years, and I moved back with my partner in March this year to help them with the hotel, so I’m now the fourth generation.”

Although his father initially managed research stations for the government, he took over family business and has now been there since the 1990s. Similarly, Will has spent time away from Atherton, working both overseas and interstate.

“It was always something I wasn’t going to do,” he quipped.” I moved away after school to study and live abroad and decided last year to move back and give my parents a hand. Dad was getting on in age and the work is very demanding, so my partner and I decided to move back and it just happened that Covid hit and we arrived during lockdown,” Will explained. 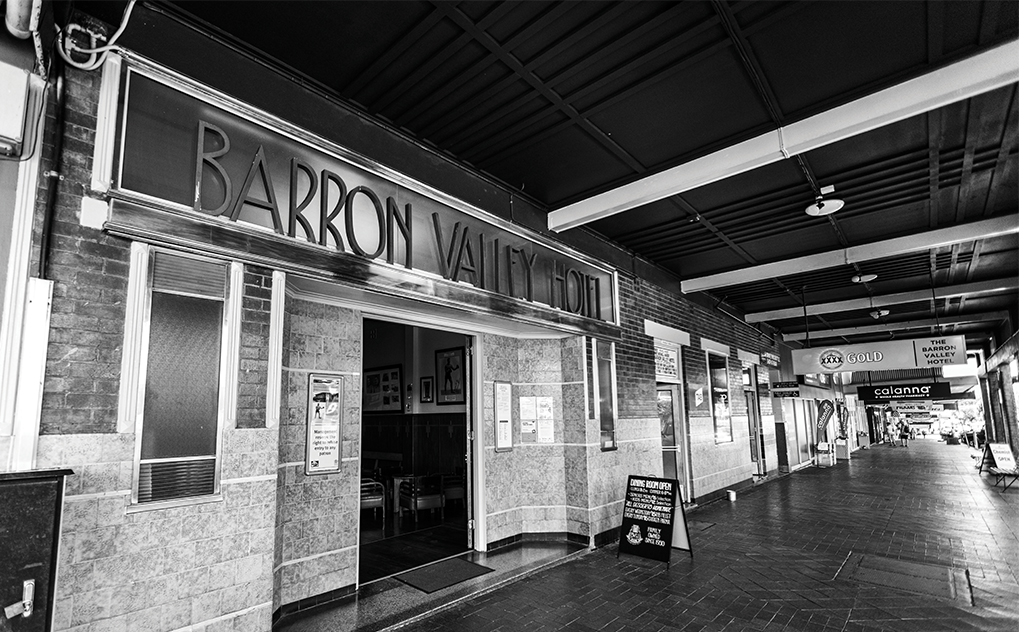 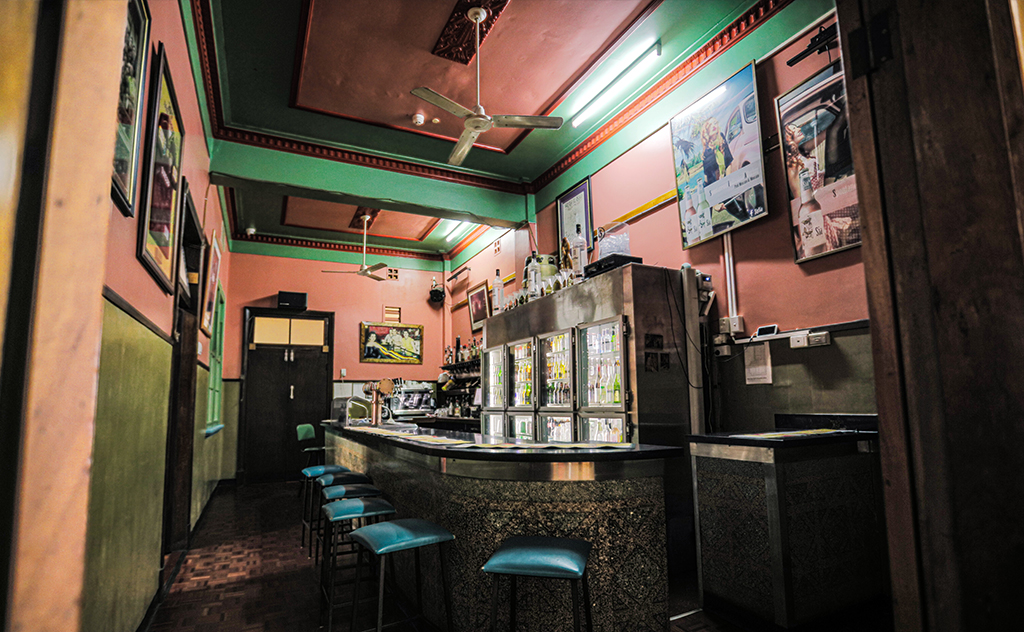 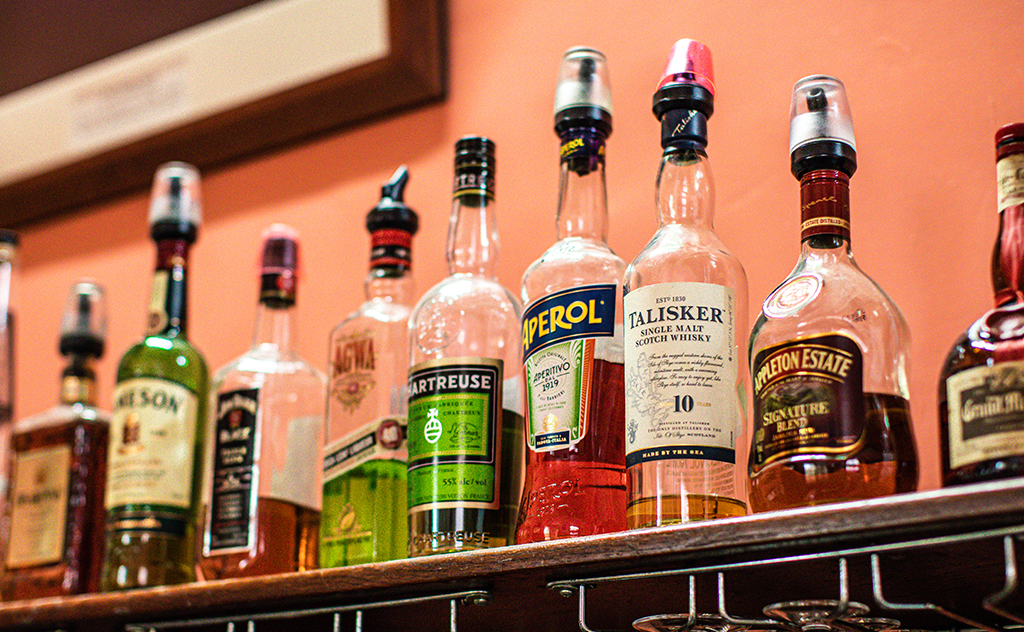 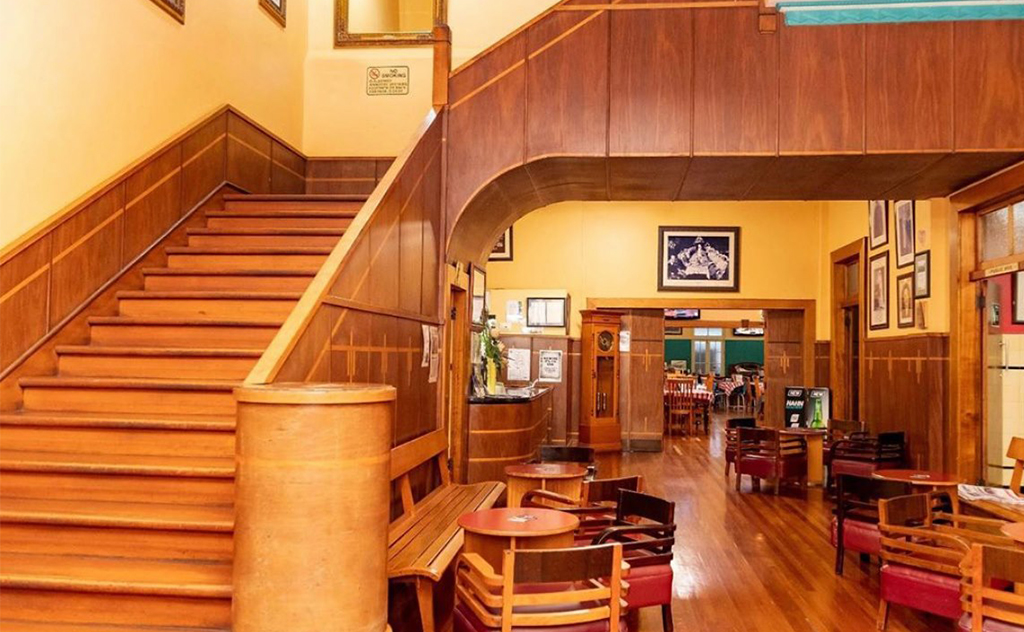 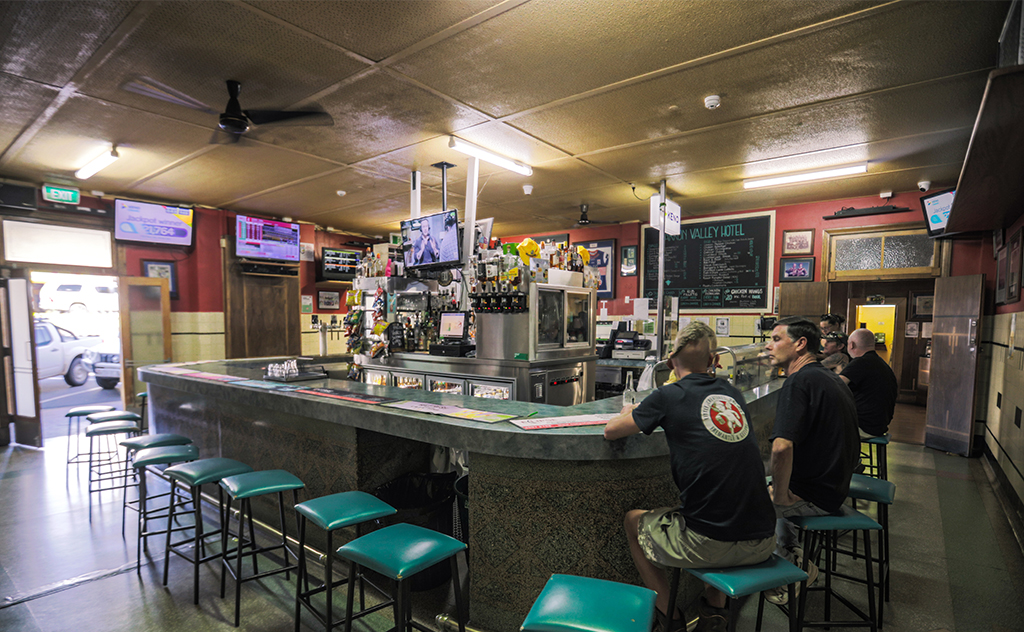 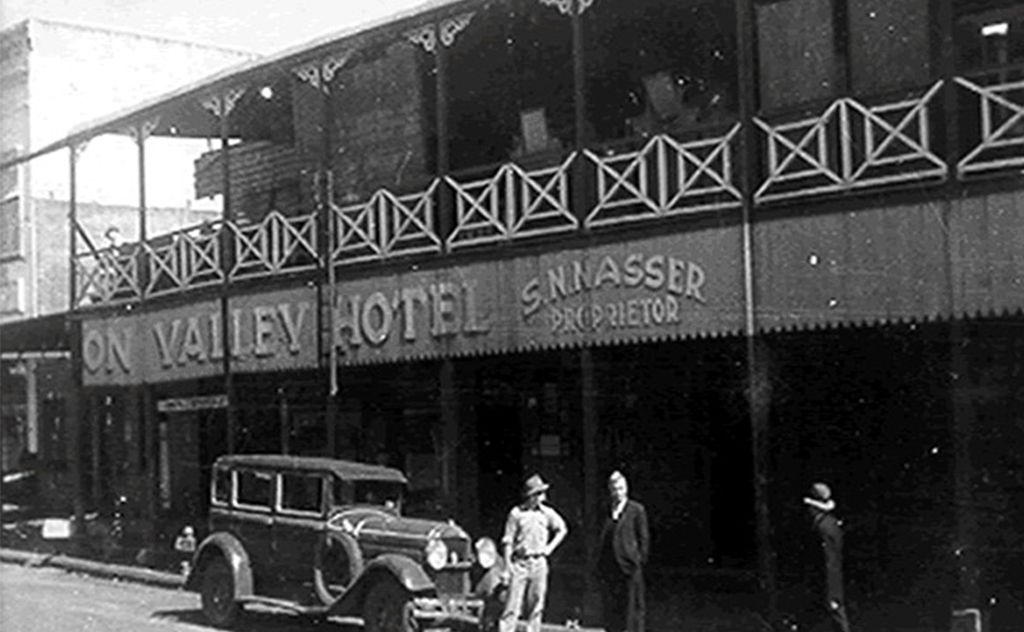 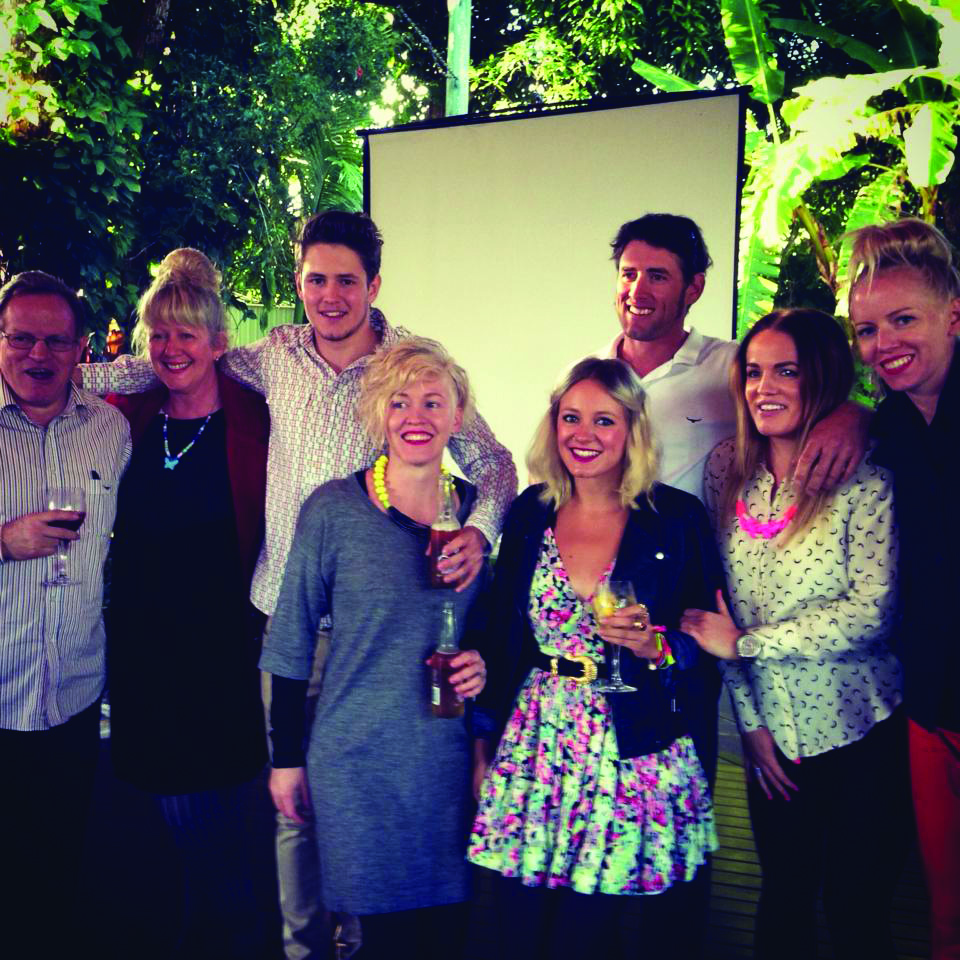 There were 87 backpackers living in the accommodation rooms of the Barron Valley Hotel when COVID-19 forced lockdowns across the county.  “I think the biggest challenge was keeping them entertained while they weren’t allowed to go out and drink or socialise. That was a big challenge because they were getting itchy feet, wanting to party and live the holiday that they planned. “A lot of them stayed for six months so we converted our dining room into their dedicated area. We bought games, puzzles and gave them access to our TVs. We had to claim back when we reopened in July,” Will said.

A community mindset has always been at the forefront of the Nasser’s minds and this has been evident in the sponsoring of many sporting clubs within the community. “I think my family’s biggest achievement is our community efforts over the years. We have been the major sponsor of nearly every sporting club in town and we’ve won the QHA award for outstanding community service a few times. Giving back to the community has always been a priority of my Mum and Dad which is why they’ve steered clear of pokie machines which do the exact opposite for communities and families.” Will said.

The original construction of the hotel was a two-storey timber building which Scondor had pulled down in the late 1930s and replaced with a more substantial, art deco structure featuring 39 bedrooms, a billiards parlour, two bars, a lounge and dining room separated by decorative lead-light folding doors, which could be opened to create one large dance hall or ballroom accommodating up to 250 dancers. This structure was heritage listed in 2010 for its art deco design.

Taking things back to the 1930s is how the Nasser family will celebrate their 90th anniversary this Melbourne Cup day with a fanfare reminiscent of where it all began.

“We’re going to throw a party - to the capacity of what we can hold Covid-wise - which will be a 1930s themed ticketed event with meals and era-specific cocktails like a 1930s gin cocktail and a 1930’s fashion parade,” Will explained.

Ninety years is a massive achievement, and the QHA congratulates the Barron Valley Hotel on this milestone.