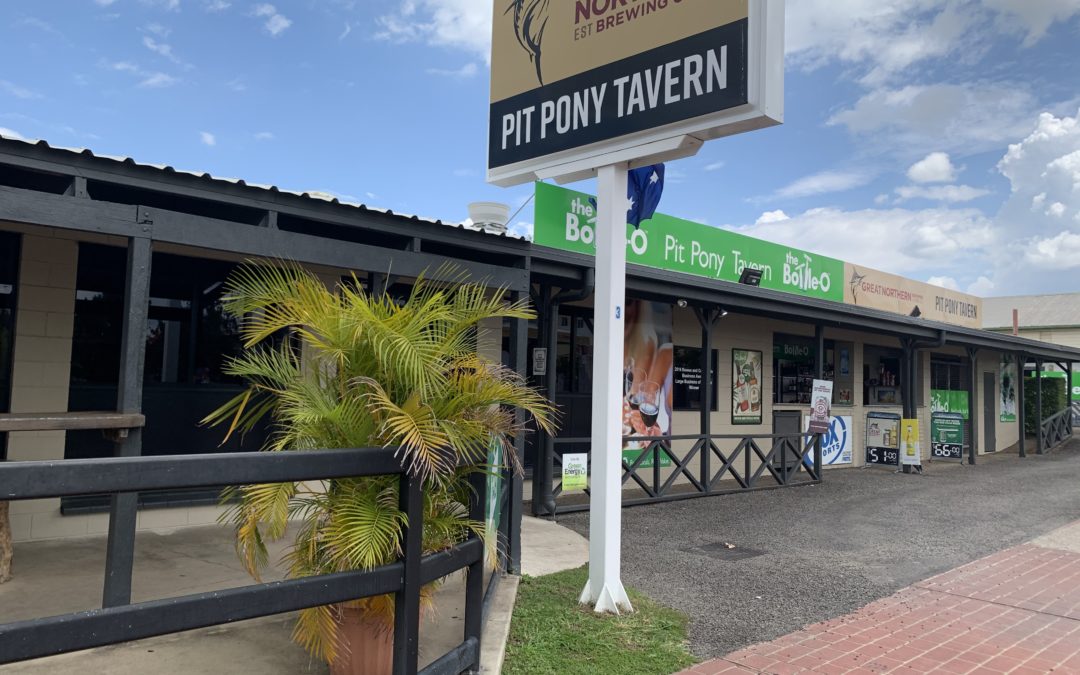 SMALL towns are often made up of hard-working people who care and support one another as though they are family.  In tough times they band together to help out and lend a hand, and as Australia and the world faces its toughest time yet both economically and in terms of public health, the town of Collinsville has shown the true sense of community.   Showing solidarity amongst uncertainty is what small, tight-knit communities do best and Collinsville is no different.  The mining town located in the Bowen Basin region of Central Queensland, employs hundreds of fly-in, fly-out workers and Collinsville local businesses thrive on the business from miners, including the Pit Pony Tavern - the town’s local watering hole. 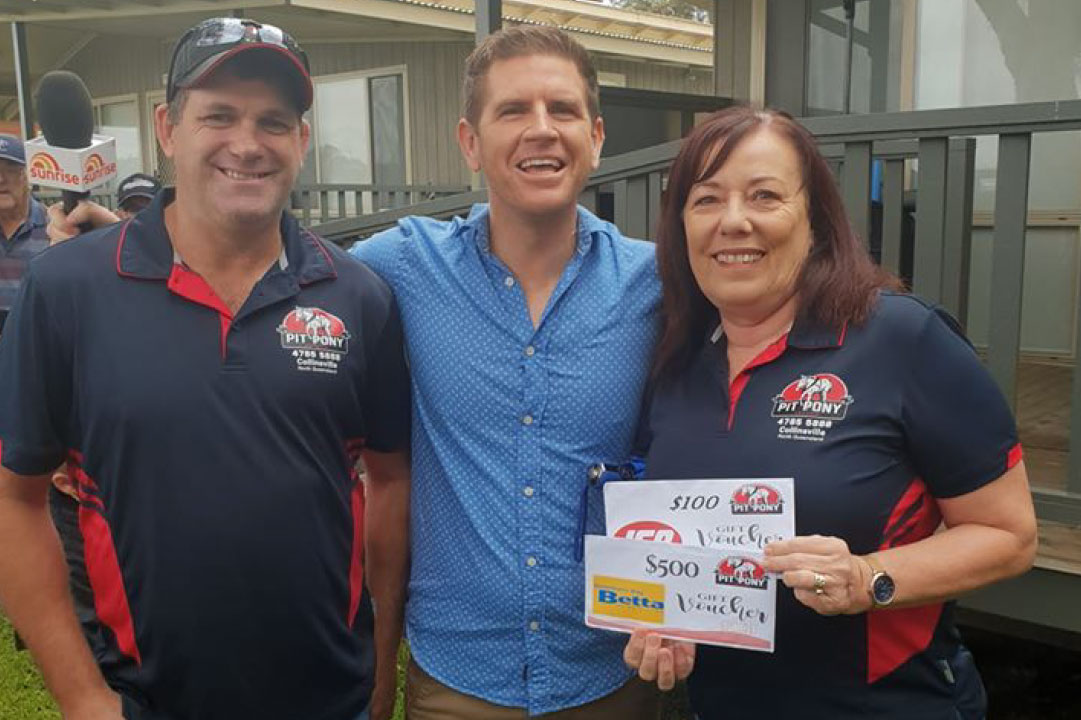 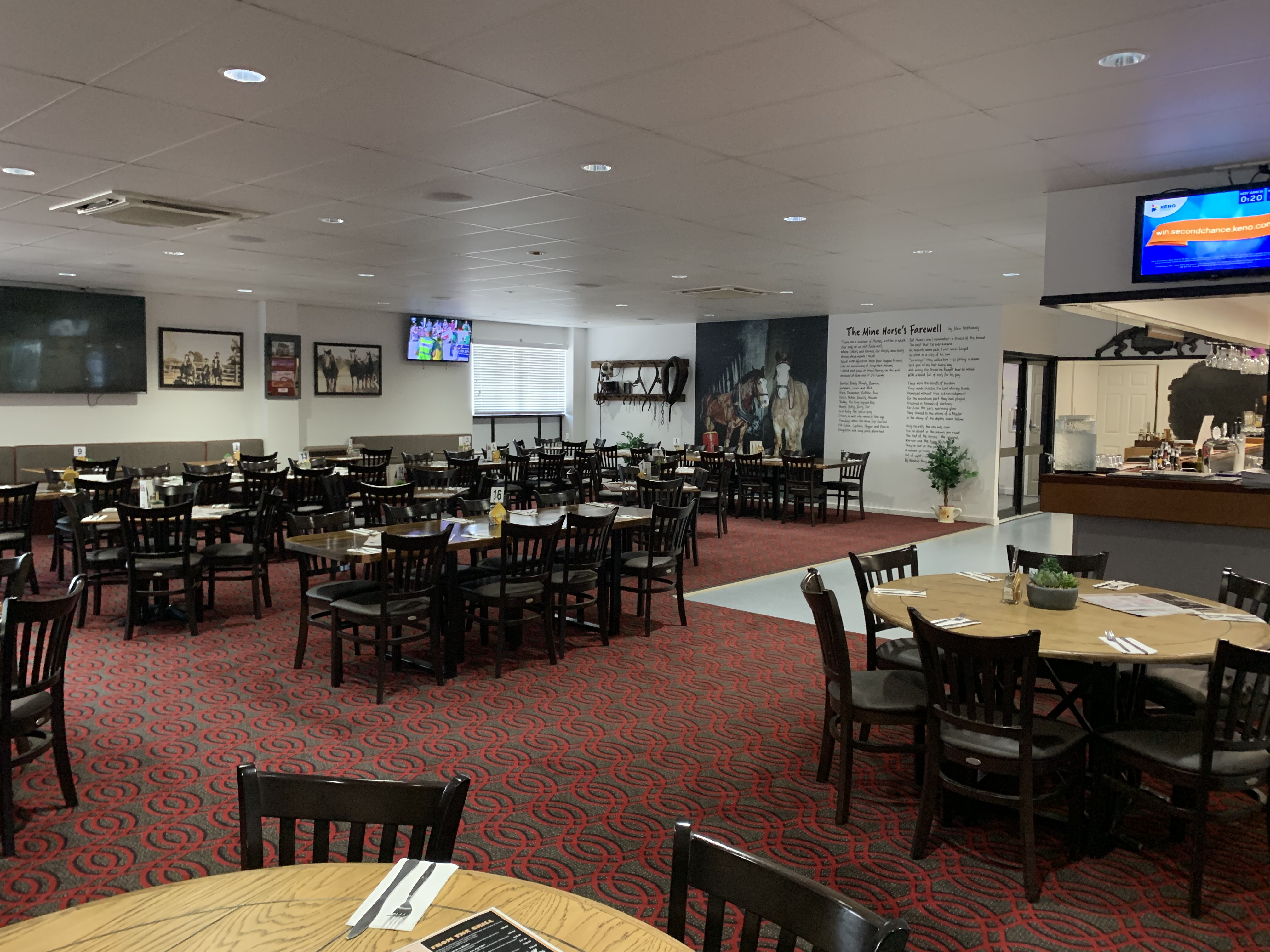 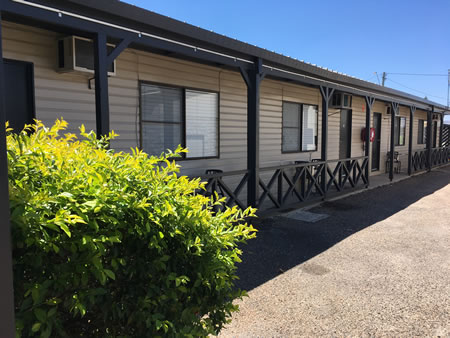 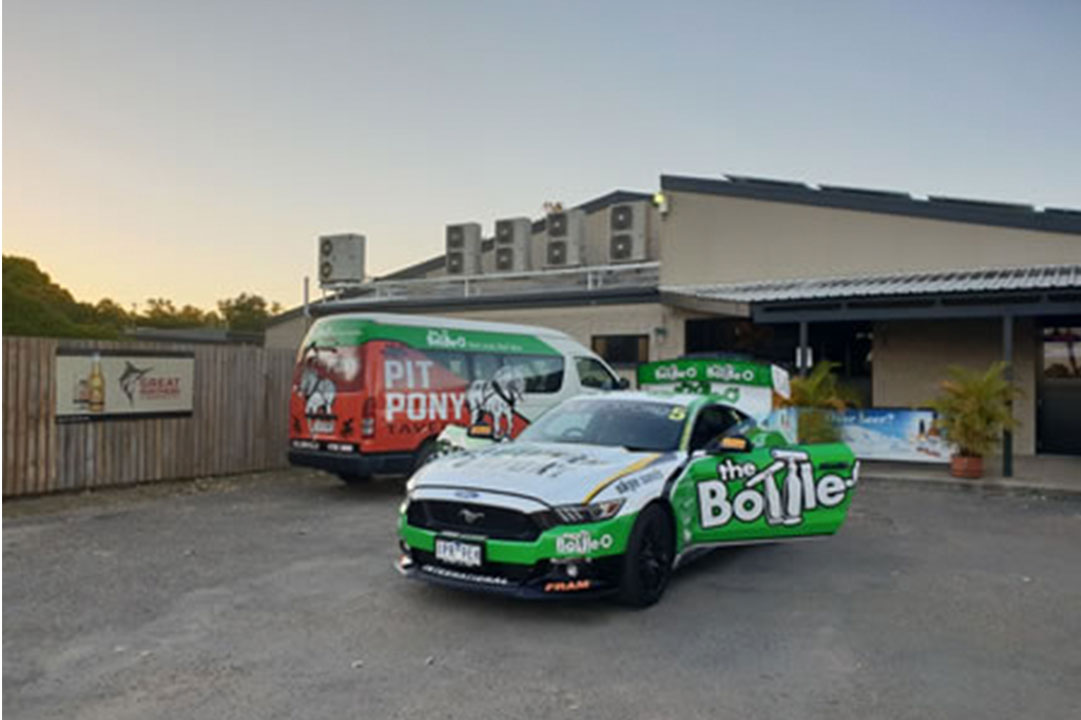 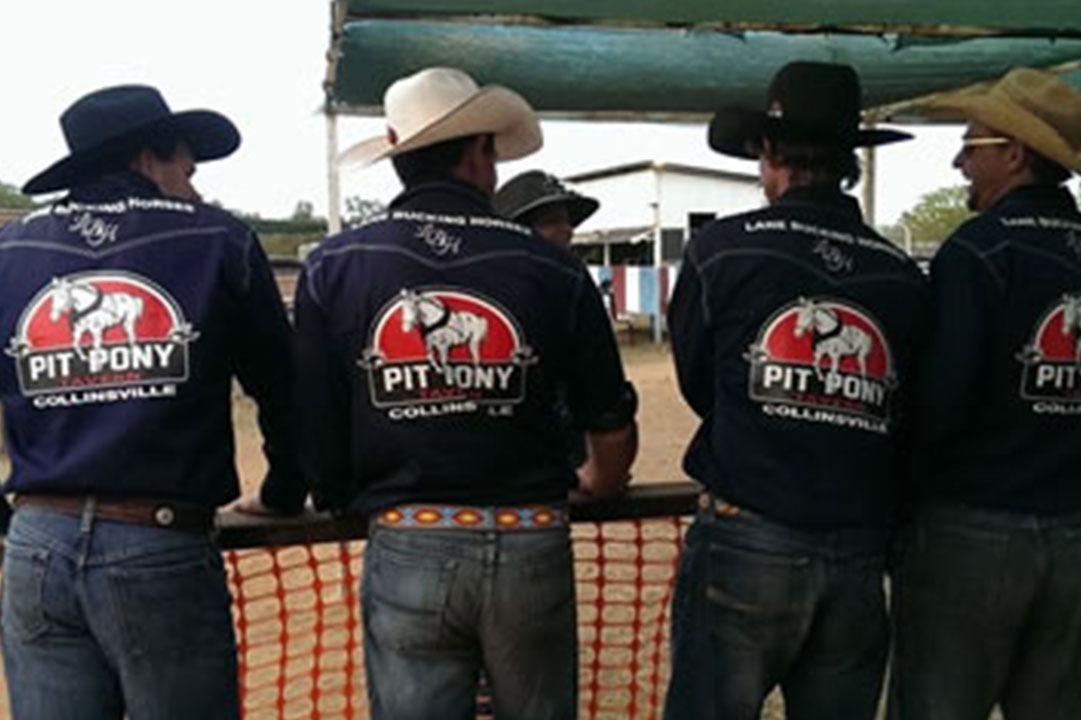 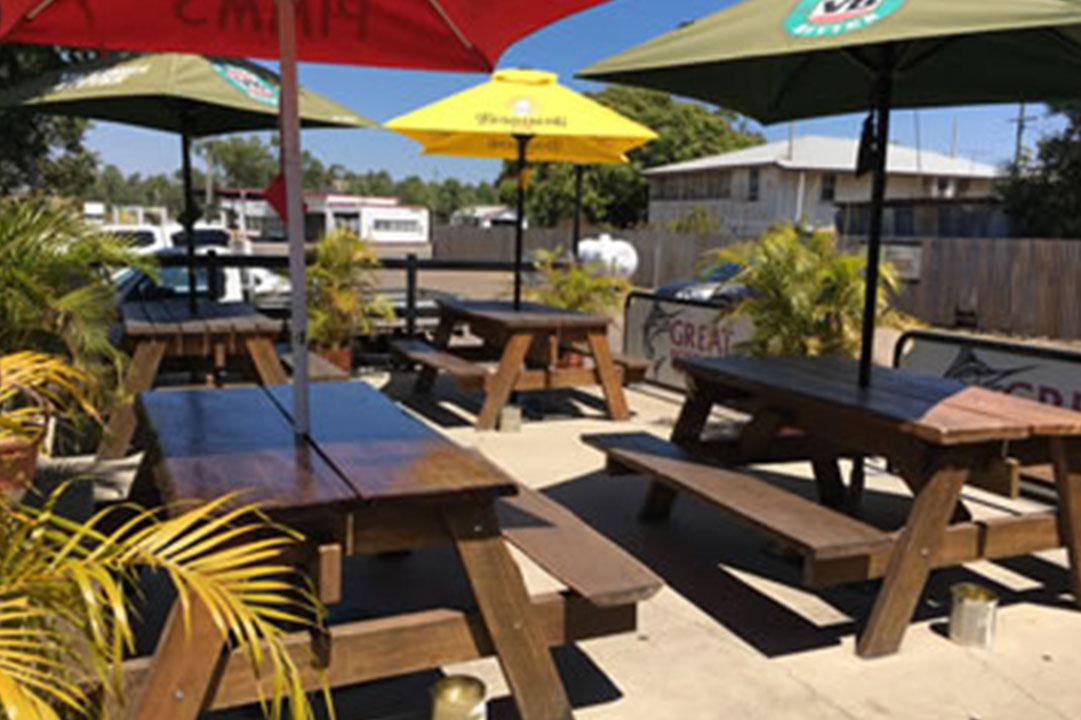 As the largest employer (excluding mining) in Collinsville, Pit Pony Tavern owners Nigel and Janet Lobegeier said the current climate of pandemic was a worrying time for their staff, their businesses and their community. In a town of about 1200 people, it’s hard not to feel the pressure of the pandemic with 47 of those people being their employees. However Nigel and Janet said their team was extraordinary and were staying positive, looking forward to when the doors can reopen.

“We have a community of 1200 permanent people who live here in the town, and have a transient of about 1000 fly-in, fly-out, drive-in and drive-out coal miners. To describe the  feeling in the town would be to say we are very nervous, like most Australians, I guess,” Janet explained.

“We've watched the prime minister on TV and we're all taking on board what he's saying and for the best part of the town, we would believe that everyone is doing their absolute best.”

Like many other hotels across the country, the Pit Pony Tavern had to close its doors due to the new social distancing/group gathering laws, however the couple are determined to still provide for the local town by way of take away meals.

“We are an ageing population here in Collinsville and we have a lot of elderly people that we need to keep in their houses and keep them safe from what may come in and out of the town. “We need to keep an eye on those people. On a Friday morning I do a morning tea with 10 or 12 elderly ladies who are 80 years old and over, so we had a big chat about not going out,” Janet said.

“I told them if they’re feeling unwell, to ring me and if they need their groceries delivered, then we will do grocery delivery because we have the FoodWorks store here in town.

“So everyone is just rallying together to make the best of a shocking situation.”

In a show of true community spirit that you often find in rural towns, the people of Collinsville have made their own sacrifices in order to help each other out.  The Lobegeier’s team of staff have humbled them with their compassion and dedication to the Collinsville community.

“The other day in our public bar with 23 of our hotel staff, we had to assure them that we were going to do the best we could to keep them all employed, and looking at all their faces was pretty tough,” Janet said.

“But then one girl who’s expecting a baby offered to go on maternity leave so she could free up her hours for someone else; then another girl said she had two jobs so she offered to drop her hours so someone else could hers; and another girl who has a husband working the mines said she was working at the hotel for the social aspect of it so she chose to drop her hours for other staff members who really needed it.  And that’s the type of team that we have here at Pit Pony and we certainly couldn't be any prouder of our team,” Janet said.

Some of the staff at the Pit Pony have been there since the Lobegeiers purchased the hotel together five years ago and in March this year, they celebrated their fifth birthday.

“My husband and I actually managed this property years ago and then we came back and teamed up with some grazier's and bought the hotel, which was in an absolutely terrible state of affairs.  We basically gutted it, renovated and renamed it, so it became the Pit Pony Tavern,” Janet said.

Named after the mining horse commonly used in underground mines until the mid-twentieth century, Janet said pit ponies were synonymous with the town for coal mining with the last Collinsville pit pony retiring in 1990, now immortalised in the form of a bronze statue located on the median strip of Sonoma Street at the entrance to the town.

In addition to the Pit Pony Tavern, Nigel and Janet also own the Collinsville Motel with 25 rooms; The Stable which has 16 self-contained units; a FoodWorks and a Collinsville service station.

“Lucky for us, we operate 52 rooms of accommodation as well, so at this stage our accommodation is still pretty good, but it's not going to last because companies are going to stop people travelling.

“We did 30 meals last night which were takeaways and we were happy enough with that, but [the new laws] are a big hit on the business. We’re very well known in the Bowen Basin for our steaks and we buy all our beef from the Blair Angus station in Clermont which is reasonably local, so at the moment we’re hearing that all the miners are talking about when they get out is not about closing the mine, it’s ‘when can we get a steak at the pub?’.

“Normally at night our hotel is full of miners, mine bosses, contractors and locals.  They all enjoy a great rump steak and an icy cold beer, talking about how their day was and that also concerns me about the mental health impact of these closures.  Where do people go and talk about their day for so long?”

For the time being Pit Pony Tavern is providing their hearty steaks for take away meals and are still operating their bottle shop and accommodation facilities.  Janet and Nigel are taking the time to do all the jobs they had planned to do.

“We’re having all the carpets cleaned because it's the perfect time to do it and we’ll look at our menus to put some new meals on there because we were due to do that. We’re also in the process of getting some quotes to redo and expand the gaming room, so now is a great time to be doing that while everything's down.

“And then we’ll definitely be celebrating once we get those doors back open!”