Falvey’s Grand Hotel in Ipswich has helped one of its regular customers bring forward his plans for retirement after winning a major Keno jackpot on 30 November.

Falvey’s Grand Hotel Operations Manager Shane Cushway said it was great to see the win go to one of their regulars.

“I was so thrilled when I realised this prize had gone to one of our locals,” he said.

“It’s the first big win we’ve had here in a little while.

“Congratulations to him. We hope he really enjoys his prize!”

Confirming his win with an official from Keno this morning, the thrilled winner relived the moment he watched his windfall unfold.

“I was at the hotel after work and thought I’d have a crack,” he said.

“I don’t usually watch the numbers appearing on the Keno screen, but this time I did.

“I quickly realised that mine were coming out one by one.

“I thought, ‘You bloody beauty! You little ripper!’.”

With his Keno fun money about to hit his bank account, he didn’t hesitate before revealing his plans for his prize.

“This is life-changing for me at the moment,” he said.

“I’m not far off retiring, so this prize might bring me a little closer to that.

“And I’ll be able to help out the family.” 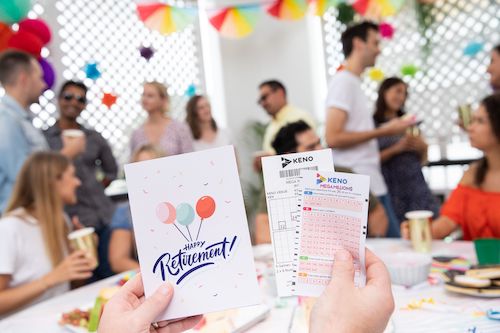