Feature: Beat of a New Drum 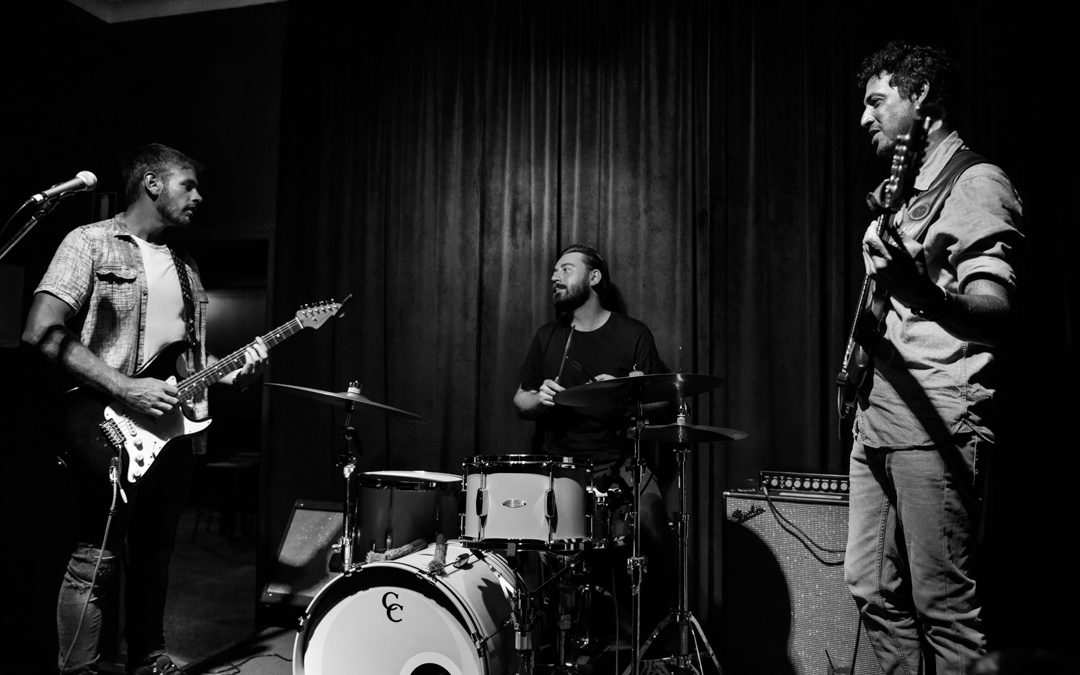 What do you get when you team a professional drummer, a journalist and one of the most dilapidated hotels in Toowoomba? One hell of a rollercoaster ride, and what a ride husband and wife team Kosta and Jasmine Theodosis have had since acquiring The Met Hotel in October last year.

After purchasing the run-down hotel, the couple went straight to work with some much-needed renovations which took them through to March this year when they had anticipated opening their doors… then Covid-19 happened.

“It was disheartening to say the least, after putting so much heart and soul into the hotel, we literally put everything we had into it physically, emotionally and financially,” Kosta said.

“It was just sad to be honest, but we’re not ones to dwell, so we just set to work on how we could come back stronger and better. We love our team that we put together and were so happy with how things were going, so my biggest concern was being able to have the same team when we returned,” Kosta said.

“Unfortunately we had to let all our staff go when we closed our doors. Being such a new business, we didn’t qualify for the Jobkeeper scheme. Our staff were just incredible and we didn’t want to lose them, so we were very grateful to hear that they’re all coming back,” Jasmine added.

Unlike other hotels which have experienced light relief in the form of a bottle shop to continue some element of business operation, The Met Hotel didn’t have that option. 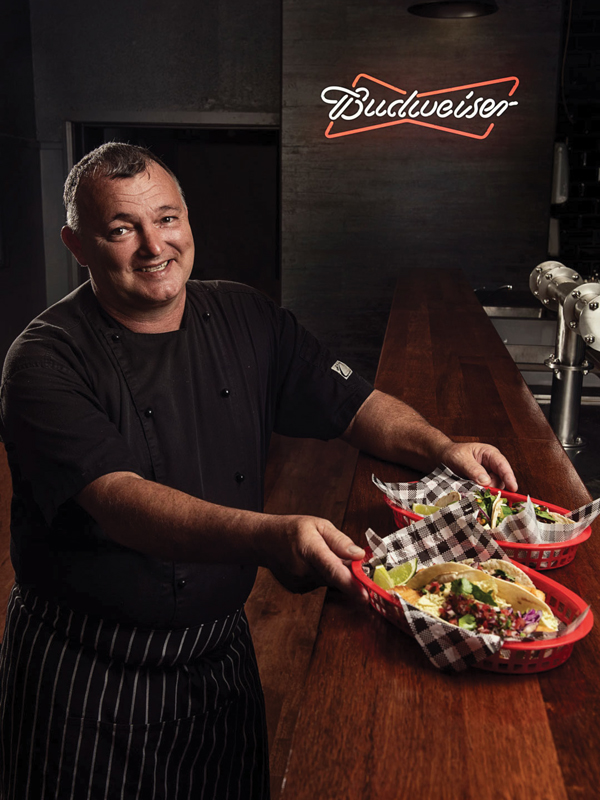 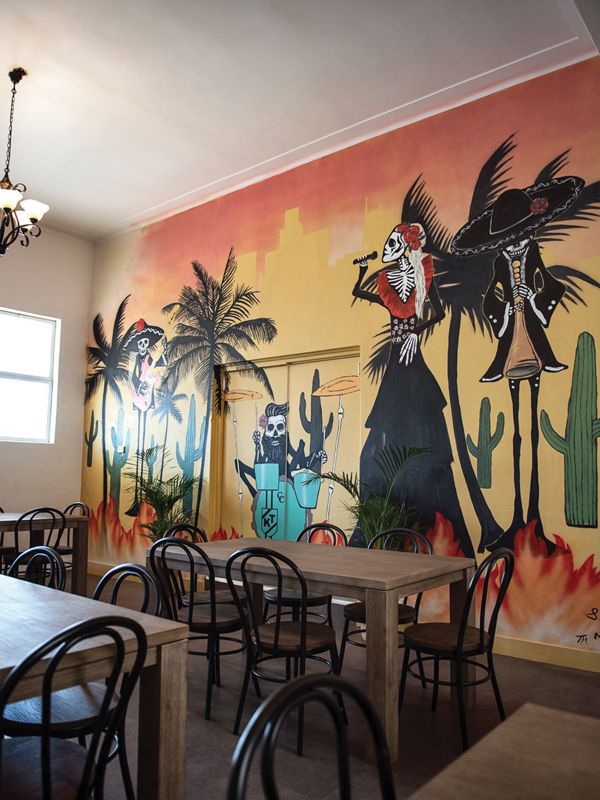 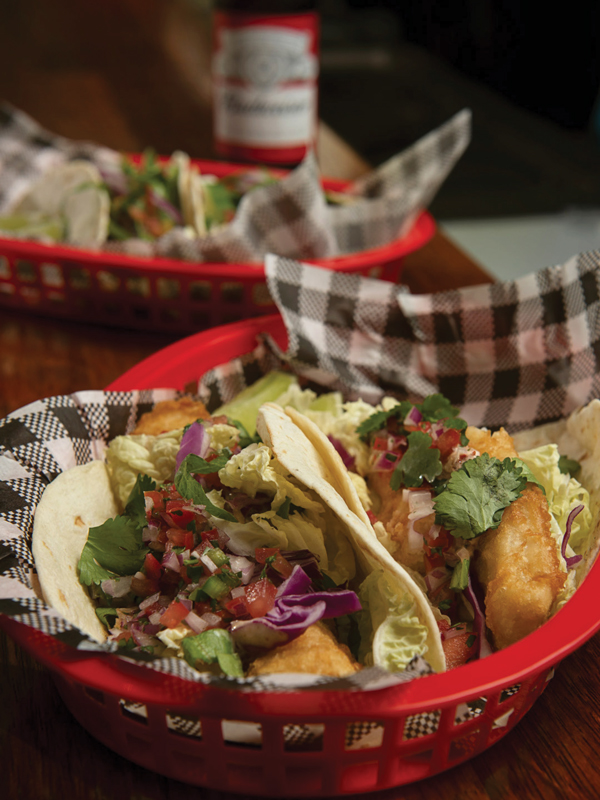 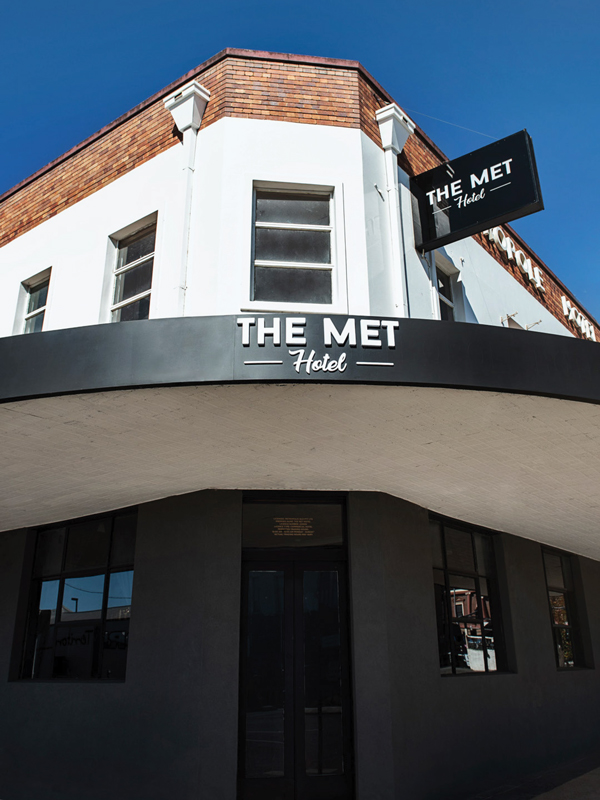 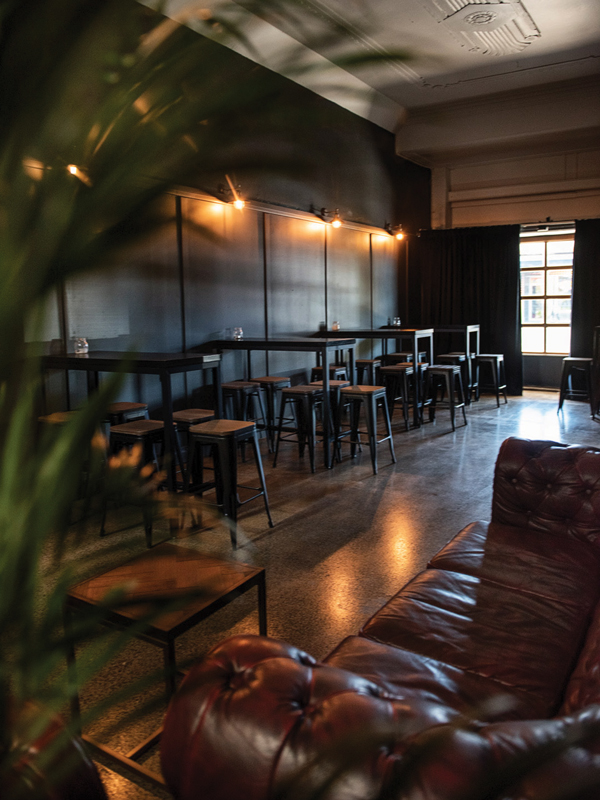 “We haven’t been open at all. We just completely closed the doors, and got back to doing a few more small renovations around the pub,” Kosta said.

“With a 156-year old building there’s always something to do! We have however continued to do a live stream every Thursday night on Instagram with our house band, Fenny and the Mets which features myself as well as some other fine Toowoomba musicians, as well as special guests every week!”

As a professional drummer previously based in Sydney, Melbourne and Los Angeles, Kosta has settled down back home in Toowoomba, focusing on family life with Jasmine and their daughter Constance. Gone are the days of touring the world and working with artists such as Robbie Williams and Amy Shark.  Instead he’s bringing his talent and passion for music home to Toowoomba and channelling it through his new hotel which is set to be a live music venue.

“Although I’ve never worked behind the bar in a venue before. I have spent much of my adult life in bars/clubs and larger venues as a musician, and have a strong passion for bar culture, and a keen interest in hospitality and customer service,” Kosta explained.

“I was a member of the platinum-selling, ARIA-nominated rock band Amy Meredith (Sony Music). I have been fortunate enough to perform across Australia, Asia, the US, Europe, South America and even the Middle East.

“So live music is a huge component of what we do at The Met Hotel, we have live music three to four nights a week, both local covers and original acts and we’re looking to book national touring acts once that part of the industry gets back on its feet.”

Like Kosta, Jasmine had never envisaged her career as a publican.  The former journalist was a successful news reporter for Win TV in Toowoomba; Entertainment Reporter for New Weekly Magazine in Sydney, and was a freelance reporter for several publications in London before returning to Toowoomba six years ago.

“We had no idea that we would become publicans. It was never part of our plan. Neither Kosta or I had ever worked in hospitality before. We had never even poured a beer!” Jasmine said.

When the opportunity arose for Kosta and Jasmine to take a leap of faith into the unknown by changing careers; not only did this brave couple leap, they dove in head first. 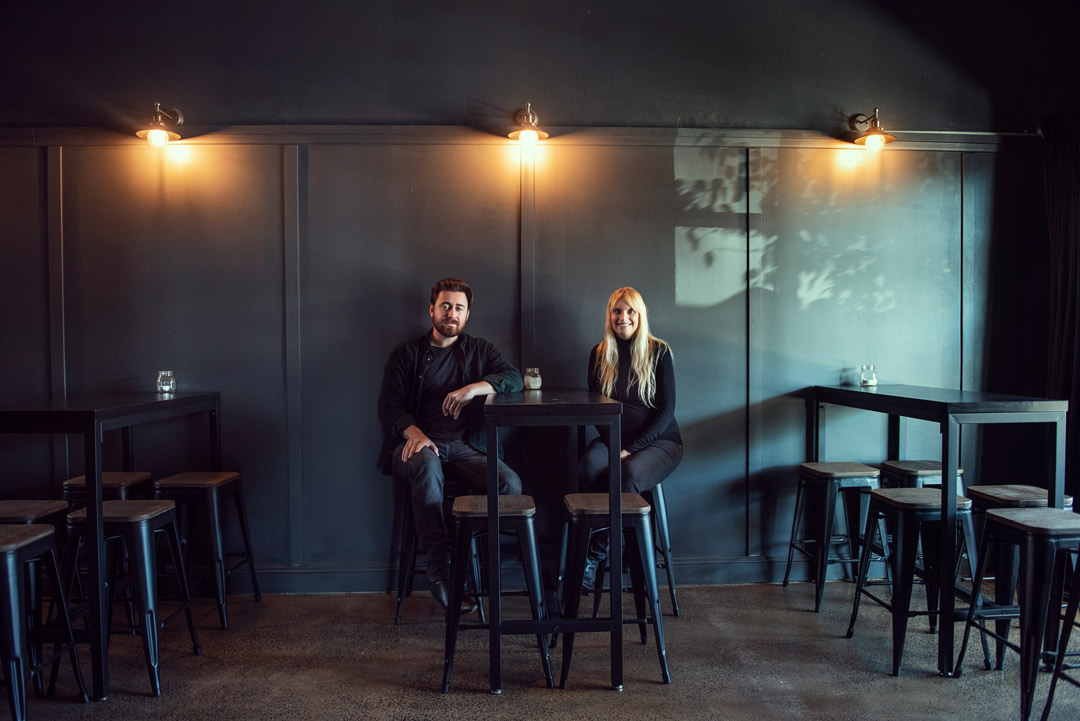 “Before we bought the Hotel, we had undergone several home renovations together. We had our own real estate agency in Toowoomba, so I was always keeping an eye out for potential opportunities in the property market,” Jasmine explained.

“I had noticed The Metropole Hotel was listed back on the market, after it had gained approval to be demolished by the previous purchaser. This ended up falling through, and we managed to secure the property in October 2019.

“Even though the building needed some TLC, we fell in love with it and could see its huge potential. The building was originally built in 1864, so there was so much history within its walls.

“We had no experience whatsoever in the hospitality industry, but couldn’t pass up the opportunity. We just knew this was a once in a lifetime opportunity,” Jasmine said.

With the difficult decision behind them, the couple got to work by calling in all the favours from friends and family to help renovate their new hotel, now known as The Met Hotel.

“It was a mess! The hotel had been through several owners over the past few decades and no one had put much love into it,” Kosta said.

“I dare say it was easily one of the worst hotels in town, if not the worst. It had also been closed down and boarded up for the last few years, so there wasn’t much of anything in it really.

The old cold room remains, but we needed to redo all of the flooring, put in a new bar and kitchen and repaint everything as well as a fair bit of work to the exterior.

“Structurally everything was very solid which was the main thing. Being a very small family operation, the budget was super tight and we called in lots of favours to get the job done. We did as much as we could ourselves, especially all the painting and called in some skilled friends to help us out, as well as a small handful of trades people,” he added.

With the renovations done, there are a few different themes flowing through the various rooms of the hotel.  Kosta described the ambience as an American-style bar and live-music venue.

“I’m a huge fan of the Mexican food culture in Los Angeles, so we’ve gone with a Tex Mex bar-style menu to compliment the feel of the hotel and to enjoy whilst listening to the live music,” he said.

“We have a mix of settings throughout the hotel so we can offer a more distinguished feel for small functions as well as getting a little more rock ‘n’ roll through some of the other areas.

“It’s still a work in progress. We’re a little bit old school and the live music is definitely the focus, so even though we’re a hotel we don’t offer pokies or any gambling. We’ve got pinball machines instead!” 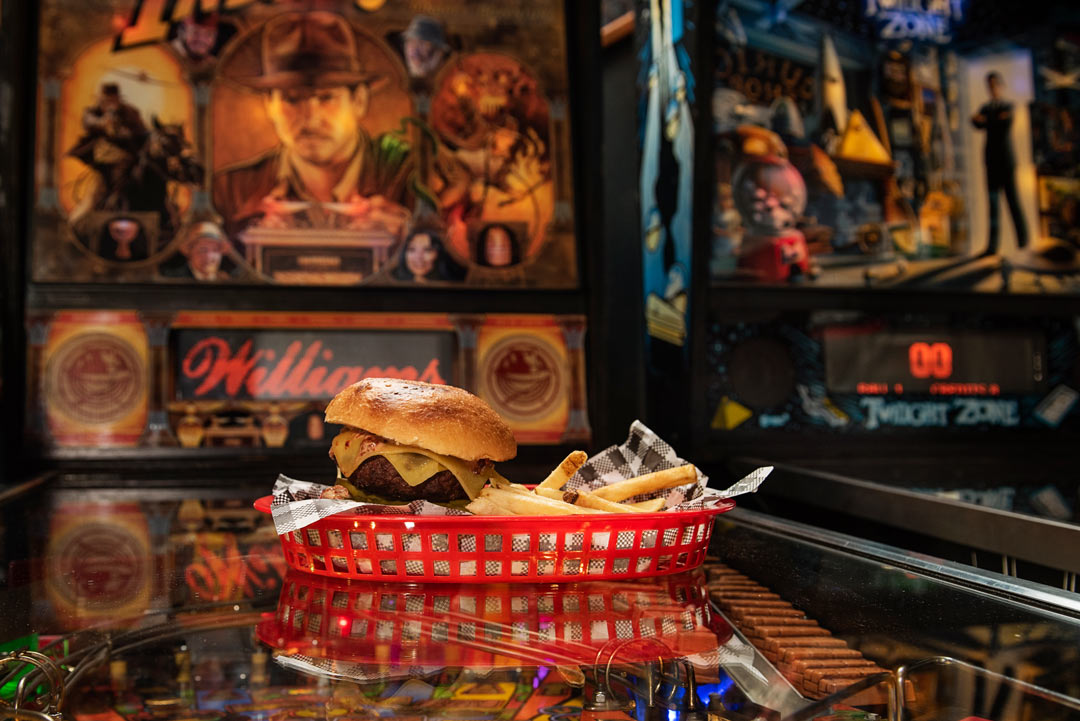 When the government restrictions eased allowing the pair to open their doors, they were very excited and looked forward to the future within their new venture.

“We’re so excited to get back to the pub, and reemploy all our staff. We had the most amazing two weeks, and we hope to bring back that same atmosphere. We have applied for a footpath dining permit, to allow guests to dine outdoors, which is something that not many pubs have done in Toowoomba. Once entertainment is allowed back in the pubs, we also have an exciting lineup of artists to play at the hotel,” Jasmine said.