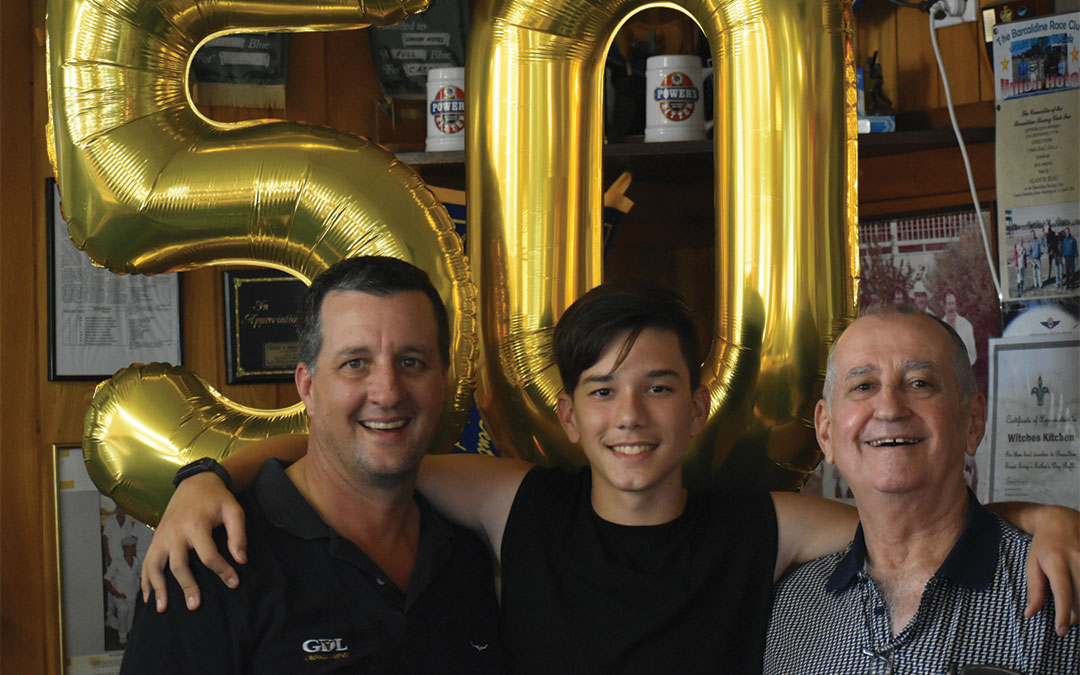 There is a sense of nostalgia when you walk into a country pub. It’s where you wish the walls could talk to tell the stories of all that has taken place in the bar, or the stories of the characters who filled its seats.

A lot has changed over the years; new regulations, new laws, new beers.
But much has stayed the same also, the regulars, the friendly interaction with patrons and of course the publicans who love their pub.
Sergio Pelizzari is a publican who loves the industry that has served his family for the past 50 years at The Union Hotel in Barcaldine. 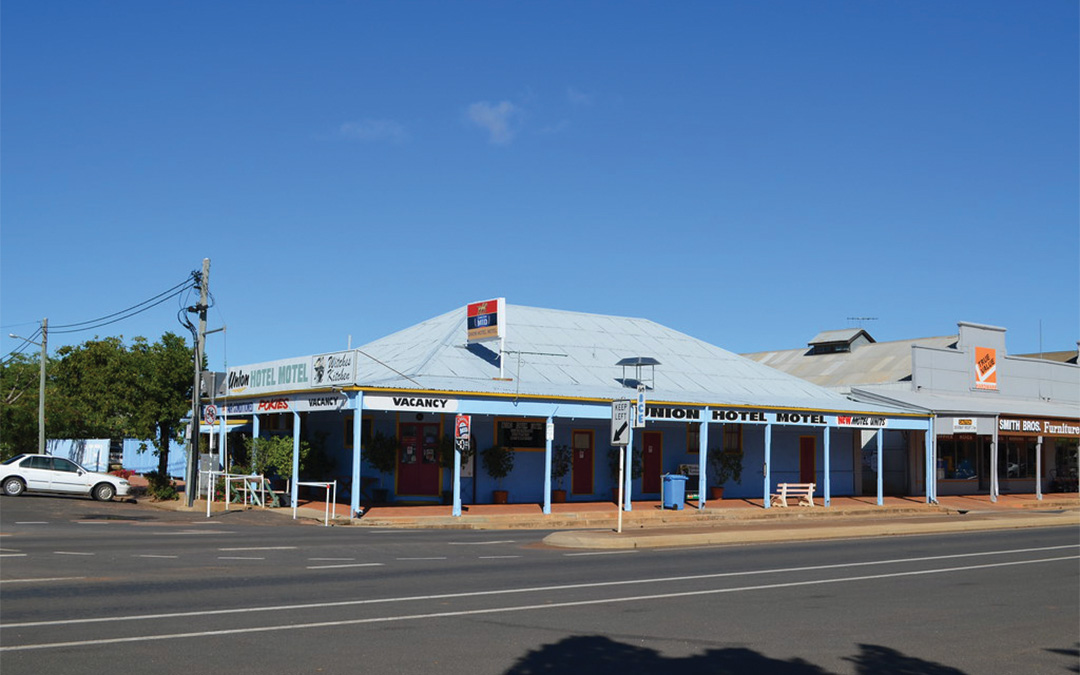 Located an hour east of Longreach in Central West Queensland, the country pub recently celebrated its 50th anniversary on February 16.
“I was only 10 when the family went into pubs in 1957,” Sergio said, and like most children who grew up around the industry, he worked weekends and after school, calling himself a “publican brat”.
The Pelizzari family has been involved in the hotels accommodation industry in Barcaldine since 1957 but it was in 1963 that they purchased the Union Hotel.
Emigrating to Australia in 1951 from Lombardi in northern Italy, Sergio’s parents, Benedetto and Palmira Pelizzari (affectionately known as Ben and Pam) left their homeland with their two eldest children Elena and Sergio. Six years later the Pelizzaris bought the Commercial Hotel in 1957 despite having no experience in the hotel industry, however they were determined to make it work.
Times were good. Wool boomed, oil exploration was at its peak, and the hotel prospered with the Pelizzari’s learning quickly how to run a pub. They were so successful that in 1963 they also purchased the Union Hotel. In those days licensing regulations restricted people from operating two hotels in the one town, and so Pam became the licensee of their second hotel.
“Pam and her eldest daughter Elena ran the Union and were soon pinching Ben’s bar trade – as they were better looking barmaids,” Sergio’s wife Neroli quipped.
It was February 1970, that Sergio together with Neroli purchased the Union Hotel from Ben. And at just 23, Sergio was the youngest publican with a full freehold hotel licence in Queensland.
There was a brief moment within those 50 years when Sergio and Neroli chose to lease out the Union Hotel in search for a life on the land away from the hotel industry. With two young sons, Scott and Ben, hotel life was all they had ever known. The couple bought a freehold grazing property, however after six years they felt the pull of the old hotel, and they moved back to the Union.

50 Years of Serg & Nell
ownership of the Union Hotel
50 years we have poured beers
50 years we say cheers
50 years of friendships made
50 years of fun
so we say thanks to everyone
50 years of stories
some can’t yet be told
some need to wait until we’re old
50 years in Barcy
we have seen many changes
some good some bad
we think we have had
the best times to be had
To all our friends we welcome you
Hope life has been good to you too
To those who have passed
Let’s all raise a glass
Those 50 years have gone so fast!

Like most country publicans, being on the front line of the business pouring the beers and chatting with patrons who have become friends, is what Sergio loves about publican life.
“What I love the most of course, is meeting people and making lifelong friends,” Sergio said.
Some of those lifelong friends were there to celebrate 50 years with the Pelizzaris recently, but sadly some were missed.
“To celebrate, we enjoyed a Sunday afternoon, which happened to be the same day and date 50 years later, so we had a party at the pub where everybody and anyone who wanted to come along could,” he said.

“The ones who are still around came down to celebrate, we’ve lost most of them unfortunately. “All the old characters are gone, but it was a different time back then. People spent much more time in the pub which is a good and a bad thing,” Sergio said.
There have been many changes in the hotel industry over the past few decades and some impacted business more so than others. Sergio remembered fondly a time when it was common to spend three to four hours at a hotel. It was where meetings took place, where job interviews were had and where friends and family connected.
“Drink driving has made a lot of changes to the whole running of a country pub, it might have not made much difference in the city but it definitely made a difference in the country and the further out you get, the harder it became.
“Because pubs were always central - everyone used to come to the pub to find out what was going on and this is going back before television, everyone came to the pub. All the workers would go to the pub, the bosses would go there for a drink so if you wanted a job he came along to the pub and picked somebody.
“So pubs were the interview rooms and meeting rooms, it was the centre of a community and all country pubs were like that,” Sergio explained.
“People used to come here and set up office, the insurance man set his office up in our bar, everyone would come and see him and everyone listened to what other people wanted to have on their insurance and what they wanted to insure - it was all part of the way things were.
“It is still the same in some respects but not as much today because people can’t come up and spend three to four hours here anymore like they used to unless they’ve organised a lift home.”
There is one certainty that hasn’t changed and that’s the country camaraderie among its residents who still support one another after all these years including extended family members.
“We now meet the sons and daughters of people we knew, who have come travelling through Barcaldine. They call in and say g’day which is great, they’re part of our memories and we’re part of theirs which is what pubs used to be and still are hopefully,” Sergio said.
Of all their memories together at the hotel though, Sergio and Neroli agreed that being inducted into the QHA’s Hall of Fame in 2008 was top of the list.
“It was probably because we’ve been around a while I suppose!” Sergio joked.
However, the sentiment confirmed his love of the business and when asked if he had any advice to up and coming publicans looking to make a career in the industry he replied:
“I thought about that for a while and I think first of all if they’re inclined, get in and have a go, don’t dream and wish about it or hold off until you’re too old. Get in and have a go and when you’re there, make sure you love it,” Sergio offered.