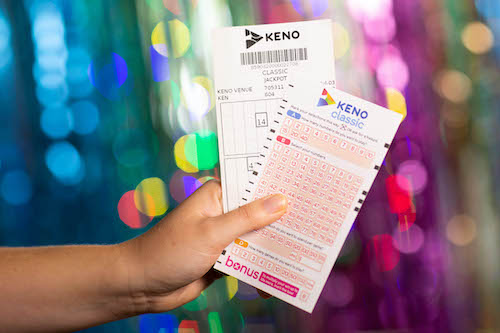 The Warner Tavern north of Brisbane has become the third Queensland hotel to give away a major jackpot in 2022 – a cash prize worth more than $1.2 million.

The 10-spot Keno Classic jackpot went off on Saturday 5 February 2022 and was won by a mystery player, who chose to remain completely anonymous and celebrate in private.
The Longreach Tavern was the state’s first pub to give away a 10-spot Keno jackpot, also worth $1.2 million, won on 6 January by a Longreach local, who bought the ticket while out doing grocery shopping.

That 10-spot followed hot on the heels of 2022’s first 9-spot jackpot win, worth $247,000, given away by the Capricorn Tavern in Tarangangba, Central Queensland on 4 January.
Warner Tavern manager Terry Wilson said the team was celebrating the major Keno win and hoped for another one soon.

“Seeing a patron win big on Keno is always fantastic and generates such a positive atmosphere in our venue that everyone feels like they’ve shared in the win too,” he said.

“As you can imagine, Keno wins like this become a talking point for a long time to come.

“Our venue is no stranger to Keno wins, but we’re always excited to see another one come our way. Especially a win of this size.

“We wish our winner the very best with their prize.”

Keno spokesperson Ally Ramsay said she was sure the winner was busy making exciting plans for 2022 with their massive windfall.

“While we may never know how this big Keno winner plans to enjoy their prize, we have no doubt they are walking around today grinning from ear to ear after discovering their win,” she said.
“Other Keno winners tell us they use their windfall to help their families, buy a new house, upgrade their home with renovations or splurge a new car.

“However, our winner chooses to use their prize, we hope they enjoy the winning feeling for a long time to come.”

In the 12 months to 30 June 2021, Keno players across the eastern states of mainland Australia celebrated more than 64 million wins collectively worth more than $853 million.

During this time, Keno crowned 19 millionaires and multi-millionaires who collectively took home more than $43.69 million. Eight of these major prize winners were from Queensland, including a Gladstone man who won a Keno Classic 10 Spot prize of $2.16 million.

Queenslanders enjoyed more than 25.35 million Keno wins totalling more than $312.79 million at pubs and clubs across the state in FY21.